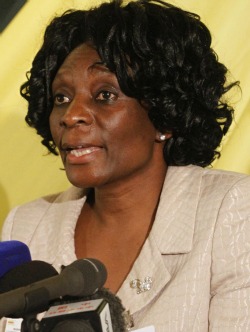 THIS is a follow up to my previous article, which showed in detail how Zanu PF rigged the 2013 election. By the reaction I got from the usual Zanu PF trolls on their measly US$200 per month, I seem to have hit a raw nerve. Interestingly enough, none of them actually took me to task on the detailed anomalies I unearthed on the election results as published by the ZEC themselves on their website. The main gist of my previous article was to draw people’s attention to how the 2013 election was rigged, and how the opposition alliance through NERA can prevent this from happening again in 2018.
Critical electoral reforms required have nothing to do with media reforms, or whether ZBC gives the opposition parties airtime. How many rural voters watch dead BC anyway? It’s more about the mechanics of the Zanu PF election Committee’s (ZEC) rigging machine that the opposition has to throw spanners in. Please bear with me again as I try to highlight anomalies that prove the 2013 election was rigged. I will also propose solutions on preventing another industrial scale theft of the elections come 2018. So, let’s again go through how the Zanu PF Election Committee (ZEC) rigged the previous 2013 elections:
1. Number of voters per polling station
In the previous elections, each polling station had a number of transparent plastic ballot boxes that were sealed. Each voter would walk in, have their ID verified, have their name crossed out on the Voter Register, be provided with a ballot paper, proceed to a booth, mark their preferred candidates, deposit their ballot papers in the transparent ballot boxes – one for the national assembly, and the other for the presidential election, and finally have their fingers marked with indelible ink to show they had voted. Just reading the above process takes about 15 to 20 seconds of your time. How long does the actual physical process take? It’s safe to assume that the above takes 5 to 7 minutes per voter. But, for the sake of argument, let’s say this can be done at break neck speed in 1 to 2 minutes. So, here’s the trick. How many people can physically vote per polling station on the day of the election?Advertisement