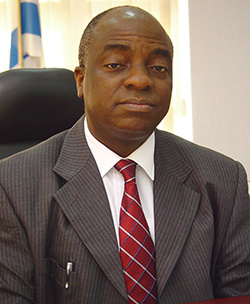 A LIST of the top 10 richest pastors in the world has been published, proving the business of translating the holy word has become a highly lucrative one.
The importance of pastors in serving humanity, giving guidance and providing a backbone to communities is unquestionable.
However, the rise of celebrity-like status, wealth and million-pound mega churches has raised questions and caused quite a stir among Christians and non-Christians alike.
The television show Preachers Of LA, which first aired on Oxygen TV last year, gave the public an insight into how much money is being made by churches and the people in charge of them.
The series chronicling the lives of six wealthy pastors who live in mansions in California and drive Bentleys was met with a mixed response.
Critics of the show quickly complained it was an example of ministers using believers to make excessive amounts of money, while putting the teachings of the Bible second.
Some believe they are simply following the teachings of a Christian philosophy called the “prosperity gospel” – in which following the teachings of the Bible will lead you to prosperity.
However, others argue that when preachers have wealth, it goes against the Christian ideal that promotes building a strong relationship with God and not focusing on getting rich.
Using quotes from the Bible, the pastors in the show dismiss the popular belief that ministry leaders should be modest.
Reverend Clarence McClendon said: “The Bible says that ‘I wish above all things that you prosper and be in health. Even as your soul prospers'”.
Comparing himself to rappers, Reverend Rob Gibson added, “P Diddy, Jay-Z. They’re not the only ones who should be driving Ferraris and living in large houses”.
Reports of pastors exploiting vulnerable people and getting involved in questionable activity shows that placing them on a pedestal can be problematic.
The darker side, involves shocking cases of abuse such as the pastor in Brazil who was arrested for allegedly convincing members his sperm was holy milk that he needed to “anoint” them with.
David Oyedepo, who came top on the list, with an estimated networth of $150m, founded his own ministry in Nigeria but has been accused in the press of “cynical exploitation” after its British branch received $27m in donations from followers who were allegedly told God would give them riches in return.Advertisement

Dubbed the The Pastorpreneur, he owns his own private jets and homes in the US and UK but has also been accused of allegedly slapping a women for believing she was a “witch”.
A statement on the David Oyedepo Ministries International website links “disobedience” with “witchcraft”, stating: “As far as God is concerned, disobedience is as terrible as witchcraft.
With power, there is always the risk of corruption and that line can easily become distorted and blurred.
Is it wrong for pastors to live flashy lifestyles? No, but like any business, the practices inside should be carefully monitored.
Top 10 richest pastors in the world as of 2014

Annual salary of this Singaporean pastor is $550,000. Pastor Joseph Prince is the senior pastor of the New Creation Church in Singapore. The New Creation Church’s financial income was reported at $44.7 million US dollars in 2008. He hosts a religious program called “Destined to Reign.” He has addressed many congregations worldwide.

Chris Okotie was a pop musician in the 1980s. He embraced the Bible and set up the Household of God Church, one of Nigeria’s most flamboyant congregations. He is an automobile lover and owns several posh cars which include a Mercedes S600, Rolls-Royce, Hummer and Porsche.

Matthew Ashimolowo’s Kingsway International Christian Center is the largest Pentecostal church in the United Kingdom. It has assets worth more than $40 million and earns profit of more than $10 million.

Prophet Temitope Balogun Joshua is Nigeria’s most powerful, controversial and philanthropic preacher. He heads the Synagogue Church of all Nations (SCOAN), a congregation he founded in 1987. The christian minister, televangelist and faith healer is a big giver; his humanitarian works include education, healthcare and rehabilitation programs. He is the owner of Emmanuel TV, a Christian television network.

Bishop T. D. Jakes is the apostle/bishop of The Potter’s House, a non-denominational American mega-church that has over 30,000 members. His ministry’s annual revival MegaFest draws more than 100,000 people.

Billy Graham is a southern Baptist. He earned celebrity status when his sermons were broadcast on radio and TV stations all over the USA. He founded the Billy Graham Evangelist Association in 1950.

This American televangelist, pastor is also a Word of Faith teacher. He is a founder of the non-denominational World Changers Church International. He has built a multimillion dollar ministry on the message “It is the will of God for you to prosper in every way.”

This Israeli-American televangelist earned wealth through his ministry and evangelical program. He is well-known for his regular miracle healing crusades, which are held in large stadiums in major cities and broadcasted in the TV.

Chris Oyakhilome’s church Christ Embassy has more than 40,000 members, several of whom are successful entrepreneurs and politicians. This pastor’s diversified interests include magazines, newspapers, a TV station, a record label, hotels, satellite TV and real estate.

Bishop David Oyedepo is the richest pastor in Nigeria and the world. He is the founder of the Living Faith World Outreach Ministry. Ever since he founded this ministry in 1981, it has grown to become one of Africa’s largest congregations. He hosts three services every Sunday in The Faith Tabernacle. This prosperous pastor owns private jets and homes in the US and the UK.