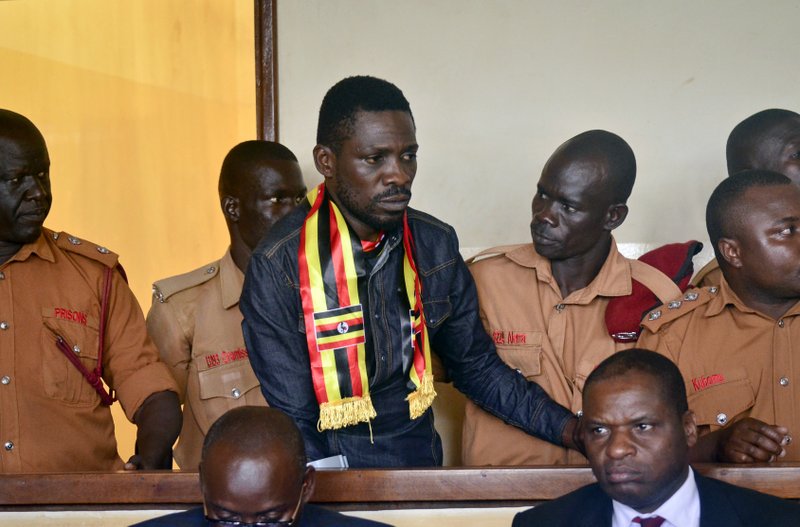 A hundred musicians, artists, activists and politicians have signed an open letter condemning the Ugandan government’s treatment of a popular singer-turned-politician, who remained in military detention in the capital Kampala on Wednesday.

Kyagulanyi, who was arrested last week and charged with illegal possession of weapons, is due to appear before a court martial on Thursday.


His lawyer and family members have alleged that he was beaten and tortured while in the custody of security forces.

“We call upon the Ugandan government to ensure his full access to medical treatment, to allow a full and impartial investigation of his violent arrest and imprisonment,” the letter read.

The arrest of the popular MP — a vocal critic of long-serving President Yoweri Museveni — has angered many in Uganda, and protests erupted in the capital on Monday over his ongoing detention.

Following days of speculation and mounting pressure, Uganda’s army sought to dismiss the torture claims on Wednesday by releasing a video clip purporting to show Kyagulanyi in good health while in jail.

Also on Wednesday, hundreds gathered at Kampala’s main Catholic cathedral to pray for the 36-year-old singer’s safe release. Outside a crowd chanted his campaign slogan, “People power, our power.”

The treatment of Kyagulanyi is fast becoming a lightning rod for youthful opposition to the long rule of Museveni, 74, who seized power in 1986 at the head of rebel army.