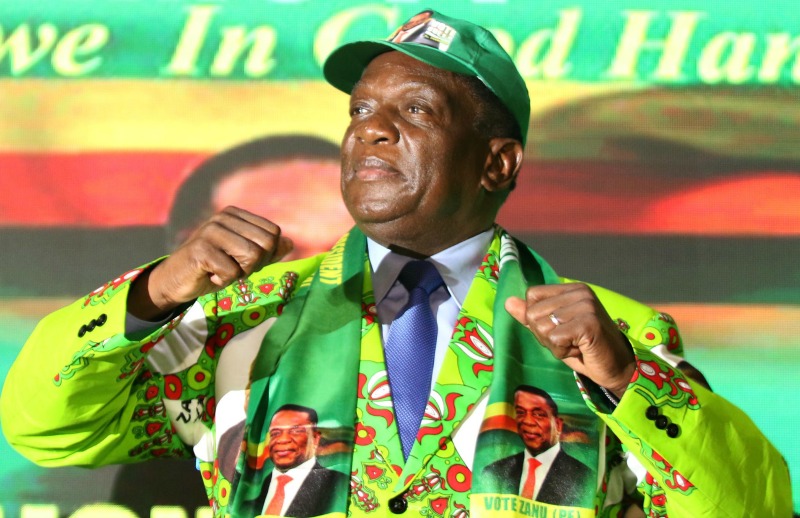 THE more than 1000 Hwange Colliery Company workers’ spouses say they are not going to vote for a government that does care for its people.

Speaking to journalists in Harare on Thursday during a press conference the Chairperson of the women Claris Ngoma appealed to President Emmerson Mnangagwa to intervene in the situation at the mine.

“We are not voting for anyone this year. We have been isolated and we cannot vote whilst we are not being recognised. We were part of the solidarity march that brought in President Mnangagwa into power, we love our country and we expect much from him.

The spokesperson, Thobekhile Shoko spoke of rampant victimization by the police and management.

“We are facing victimization as nine women were arrested on the 9th of March this year where they were cautioned and discharged for fighting for their rights.

“Seriously, our situation is painful. Some married women are engaging in prostitution. Some are doing manual work for ZESA employees just to get money for food and other small items.

“Our husbands keep on going to work because we need shelter. That is the main reason why our husbands are still with the mining company. You cannot quit your job when you have nowhere to stay.

“We want a change in Hwange at large. The community lacks development; roads are poor, no good schools for our children. We want clinics, it’s a town in your mind, but to us it is just a village in the district,” said Shoko almost in tears.

The women also castigated the mine management for ignoring their plight.

“Management is quiet on the matter. This is our 95th day since we staged our protest with no assistance from either the government or the company management. We are not going anywhere,” vowed Shoko.

She said the situation at the mine has led to an increase in HIV infections with young girls under the age of 12 indulging in prostitution and early marriages as they have dropped out of school.

Meanwhile, the Zimbabwe Congress of Trade Unions (ZCTU) is demanding a forensic audit of the mine.

ZCTU told journalists that it had written to the President to intervene, as well as the Ministry of Labour and the Zimbabwe Anti- Corruption Commission to do investigations into the goings –on at the Colliery.