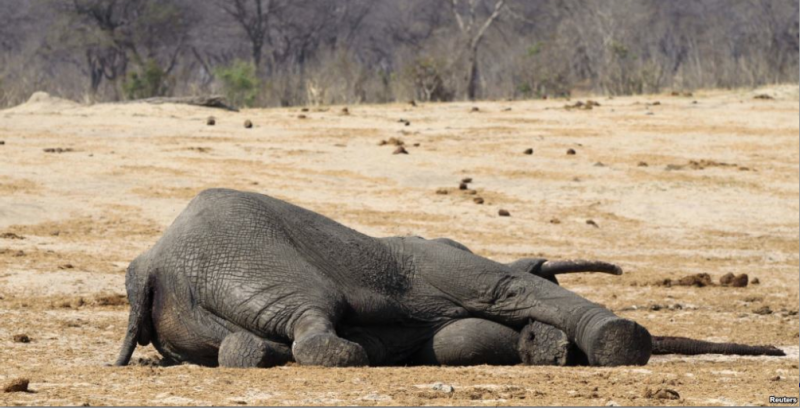 ZIMPARKS spokesperson Tinashe Farawo said the authority was conducting investigations to determine the cause of death of the elephants, in a forest located between Hwange and Victoria Falls.

“The elephants were found dead in Pandamasue Forest. Zimparks suspects anthrax. Veterinary doctors are on the ground. We are waiting for results from the laboratory,” Farawo said.