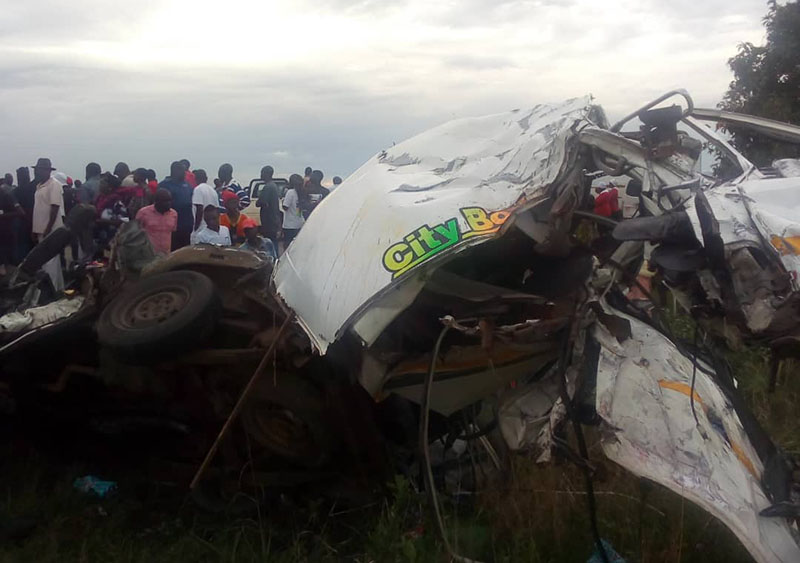 ELEVEN people died on the spot late Sunday afternoon after two minibuses collided head-on 49 km from Harare along the highway to Nyampanda, police have confirmed.

Spokesperson Paul Nyathi said 10 adults and a child died after one of the buses’ tyre burst, resulting in the it encroaching into the way of another on-coming kombi.

“One of the commuter omnibuses had a tyre burst and encroached onto the lane of an oncoming omnibus, resulting in the head-on collision,” said Nyathi.

“The bodies of the deceased were taken to Murehwa Hospital’s mortuary and the injured were ferried to Parirenyatwa Group of Hospitals.”

He added; “Motorists should always check the tyres of their vehicles to see if they are fit to be on the road.

“They should also remember that it is imperative for everyone to take extra caution in order to curb or continue reducing the number of accidents.

“We implore motorists to observe all traffic laws as they travel to different destinations.”

The country has seen a number deadly road traffic accidents over the last few months.

Last week 12 people died on the spot near Checheche Growth Point in Chipinge when a Green Fuel haulage truck collided with a commuter omnibus.

Again, last month 47 people — 45 adults and two children — were killed, while 70 others were injured when two buses collided head-on at the 166-kilometre peg along the Harare-Mutare Highway.