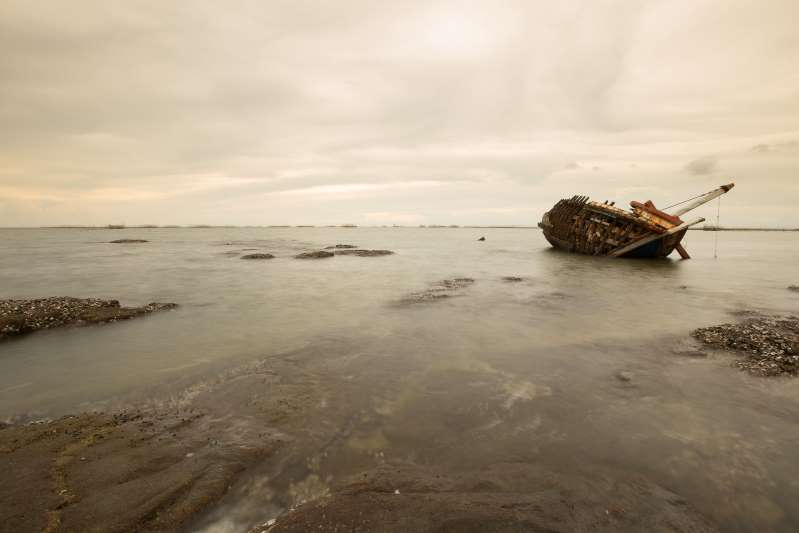 Sixteen other passengers were rescued alive while two others, at the time of filling this report, were still missing.

Sunday Independent gathered that the incident occurred as a result of engine failure while the boat was already in the middle of the river.

An eye witness who spoke with our correspondent explained that the boat was ferrying passengers and their goods from Badagry in Lagos to Maun area in Ipokia.

The source said the passengers were traders that were taking their goods to a market in Badagry in Lagos, before the boat capsized.

Oyeyemi said apart from the overload, the boat is not equipped to travel at night but was traveling on Wednesday night when it collided with a pillar inside the river.

According to him, the skipper escaped from the incident and ran away but was later arrested by the Police.

Remains of the deceased, it was gathered have been deposited at the morgue of Ipokia general hospital.

Meanwhile, Governor Ibikunle Amosun has visited the site of the boat mishap. Represented by Hon. Adekunle Akinlade, member representing Egbado South/Ipokia Federal Constituency, Amosun commiserated with the people of the community while pledging that the state government will commence regulating water transportation in the area and would provide life jackets for commuters.

He added that the use of life jacket would be made compulsory in accordance with World Best practice.