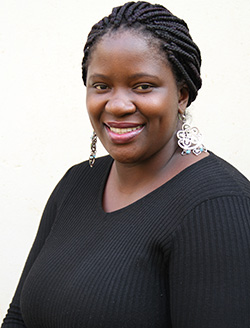 GOVERNMENT says defaulters of the 2009 youth development fund are not going to be part of the Ministry of Finance and Reserve bank of Zimbabwe sponsored $10 million facility which was launched on Wednesday.
In 2009 government dished out $11 million to local youths on condition that they would repay the loans but only 3% of the beneficiaries managed to repay.
There have been concerns by opposition political that the same youths who accessed and failed to repay the Kurera/Ukondla Development Fund which was administered by CABS, CBZ and the IDBZ would benefit again.
Most of the beneficiaries diverted the loans into buying luxurious cars, alcohol with reports saying some even married new wives.
Speaking at the launch of the new $10 million facility in Harare Wednesday, the minister of state in vice President Phelekezela Mphoko’s office, Tabetha Malinga Kanengoni, said those who did not benefit from the 2009 Youth grant would be given the first priority under the latest scheme.
“The ministry of Youth, Finance and the Reserve Bank are going to look at the list of people who benefited from the Youth fund (2009) and inspect it, weeding out those who defaulted,” said Malinga Kanengoni.
She said those who failed to pay back the last loans will be given a chance to settle their arrears before they apply for fresh money.
“Repay the loan which you secured and if you fail to do that you are going to be blacklisted by all banks in the country until you have cleared your debts,” she the minister.
Corruption was also reported in the allocation of the 2009 fund with senor Zanu PF officials implicated.
Minister Malinga said to avoid similar problems, local members of parliament, councillors and community leaders would recommend beneficiaries of the grants.
“The selection and awarding of the loans is going to happen in the wards and constituencies and, as we all know that our parliament is a mixture of many political parties, this means that the money is not for Zanu PF but for all Zimbabweans,” she said.Advertisement