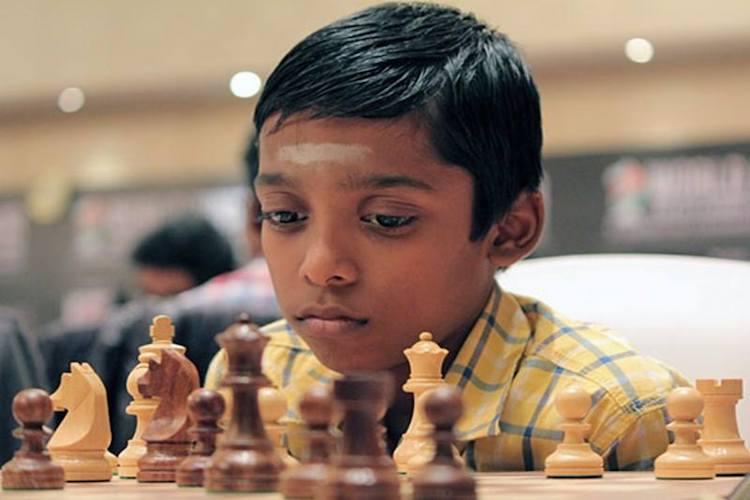 A 12-year-old Indian boy described as “unstoppable” by his proud father has become the world’s second youngest chess grandmaster ever.

Rameshbabu Praggnanandhaa, the son of a bank employee from the southern city of Chennai, achieved the feat with some aggressive play at an event in northern Italy that ended Sunday.

Praggnanandhaa — whose 17-year-old big sister Vaishali Rameshbabu is also no slouch at the game, being a two-time youth chess champion — was aged 12 years, 10 months and 13 days when he won the title.

But this was too old to beat the current record-holder, Sergey Karjakin of Ukraine, who was 12 years and exactly seven months when he made the grade in 2002.

Praggnanandhaa’s father said that his son, who practises six hours a day and watches past matches online, was not even four when he first started taking an interest in chess.

However he said the family could not afford to pay for extra travel and training for both the boy and his sister.

“But the passion in him to play chess was unstoppable, I had to give in and put him in coaching classes. And he has been unstoppable since,” the 53-year-old, who has the same name as his son, told Indian media.

“He was just six years old when he came second in the under-eight national championship. That is when I knew that I can’t hold him back because of our financial situation,” he told online paper The News Minute.

A predecessor to chess is thought by some to have originated in India in the sixth century AD, from where it spread to Persia and developed into the “Game of Kings” it is today.

However in modern times it only achieved major popularity in India when Vishwanathan Anand became the country’s first grandmaster aged 18 in 1988 and dominated the game in the 2000s.

“Welcome to the club & congrats Praggnanandhaa!! See u soon in chennai,” he wrote on Twitter.

“He plays other outdoor sports too when he wants to relax his mind,” the prodigy’s father said.

“When his focus is not on the board, he is quite a handful. But he saves most of his aggression for the chessboard,” he said.