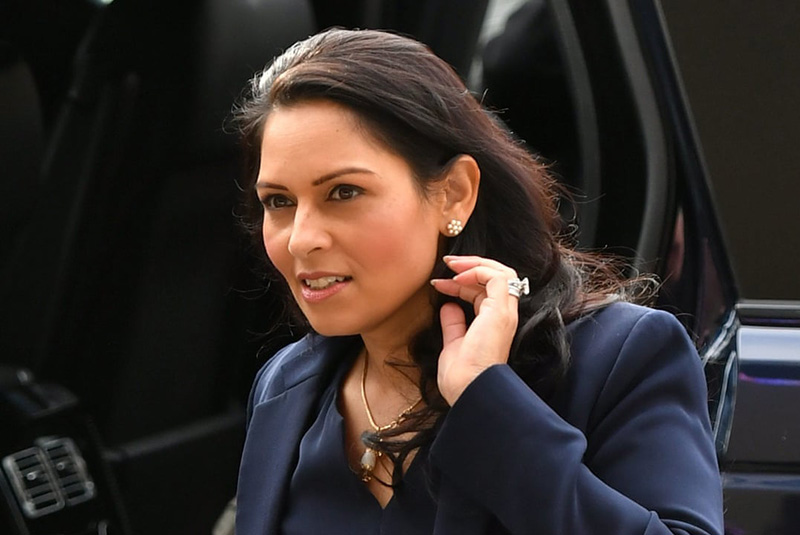 LONDON: The British government has struck a deal with Rwanda to send some asylum-seekers to the African country, a move that opposition politicians and refugee groups condemned as unworkable and inhumane.

Home Secretary Priti Patel is due to announce details in Rwanda on Thursday of what the U.K. government is calling an “economic development partnership.”

Media reports say the government plan would see some single men who arrive in Britain from across the English Channel in small boats flown 4,000 miles (6,400 kilometers) to Rwanda while their asylum claims are processed.

Simon Hart, the government minister for Wales, said the arrangement would cost Britain about 120 million pounds ($158 million). He said the goal was to “break up” the business model of criminal people-smuggling gangs.

“(If) we have an arrangement with the Rwandan government for the proper and humane treatment of these people, then the criminal gangs will realize that their potential source of income will dry up,” Hart said.

The chief executive of the U.K.-based organization Refugee Council, Enver Solomon, called it a “cruel and nasty decision” and predicted it would not stop people-smuggling gangs.

British Prime Minister Boris Johnson is scheduled to make a speech Thursday about stopping the smugglers behind the Channel crossings.

According to his office, Johnson will say that action is needed to stop “vile people smugglers (who) are abusing the vulnerable and turning the Channel into a watery graveyard, with men, women and children drowning in unseaworthy boats and suffocating in refrigerated lorries.”

Migrants have long used northern France as a launching point to reach Britain, either by stowing away in trucks or on ferries, or — increasingly since the coronavirus pandemic shut down other routes in 2020 — in dinghies and other small boats typically organized by smugglers.

The British and French governments have worked for years to stop the cross-Channel journeys, without much success, often swapping accusations about who is to blame for the failure. Last year, the U.K. agreed to give France 54 million pounds ($74 million) to help fund a doubling of the number of police patrolling French beaches

Britain’s Conservative government has floated other proposals, including building a wave machine in the Channel to drive boats back and sending migrants to third countries. Several suggested locations – including Ascension Island, Albania and Gibraltar – were rejected, at times angrily by the nations suggested.

Opposition politicians accuse the government of trying to distract attention from a scandal over government parties that breached pandemic lockdown rules. Johnson was among dozens of people fined by police over the parties, making him the first British leader ever found to have broken the law while in office.

He is resisting calls from opponents, and some in his own party, to resign.

Labour Party lawmaker Lucy Powell said the Rwanda plan might please some Conservative supporters “and would certainly grab the headlines because it’s very controversial and contestable. But in reality, it is unworkable, expensive, and unethical.”