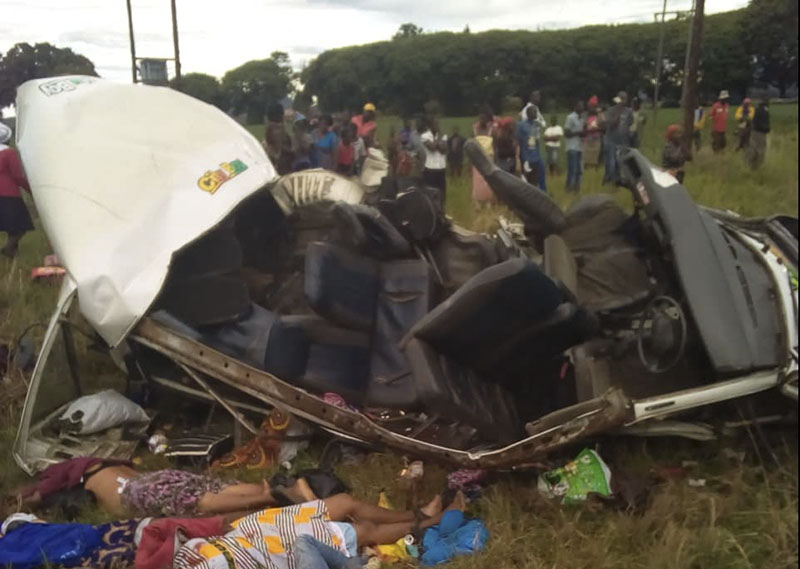 AT least 127 people died while 489 were injured in some 1,998 road traffic accidents which occurred in Zimbabwe between 15 December 2022 and 5 January this year.

The total number of fatal accidents was 95.

He warned drivers to stop unruly driving to save lives.

In some accidents pedestrians were hit while standing at bus stops or walking beside the road.

“In one of the fatal road traffic accidents which occurred on 18th December 2022, an unknown motorist hit a man aged between 30 and 35 years along 12th Avenue, Bulawayo at around 0200 hours on 18th December 2022. The victim died on the spot and the motorist did not stop after the accident.

“The Zimbabwe Republic Police reiterates that motorists should stop when involved in road traffic accidents, assist the injured if necessary and report all accidents to the Police within 24 hours,” Nyathi said.

He added: “In another accident which occurred on 25th December 2022 at 1945 hours at the 300 km peg along Bulawayo -Victoria Falls Road, a motorist who was driving a Toyota Hilux vehicle with three passengers on board towards Victoria Falls, lost control of the car and veered off the road to the left, where he ran over seven pedestrians before swerving to the right side where he rammed onto a stationary Honda Fit vehicle which had six passengers on board.

“Similarly, on 31st December 2022 at 1000 hours, three pedestrians were killed after they were hit by a bus which had veered off the road along Zaka- Nyika Road at the 15 km peg.”