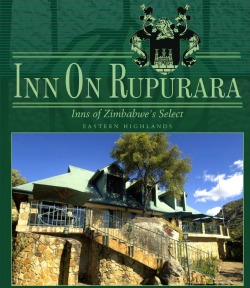 ZIMBABWEAN tourism has suffered a major blow following the closure of a popular hotel, Inn On Rupurara, in Inyanga.
The hotel closed down due to a “substantial decline in tourism in the Eastern Highlands over the past 15 or so years”.
A statement issued by the Best of Zimbabwe said, “After 20 years of service to the travelling public of Zimbabwe and the world, Inn On Rupurara at Nyanga has closed its doors and ceased operating with effect from Thursday, April 27. This was the direct result of a number of years of unprofitable operation, brought about by the substantial decline in tourism in the Eastern Highlands over the past 15 or so years.”
“It has become impossible to continue to sustain operations as the supplementary funding that has been inputted during recent years is no longer available. The operating company, Inn On Rupurara (Pvt) Ltd, has been placed in liquidation and the matter is now in the hands of Mrs Theresa Grimmel,” added the statement issued by Gordon Addams, Best of Zimbabwe Chairman.
This comes at a time when the Zimbabwe Tourism Authority is projecting that tourist arrivals in the country are expected to reach over 2.2 million by the end of 2017.
Speaking at the Independence Day celebrations in Harare on April 18, President Robert Mugabe said the tourism industry was projecting a positive growth trajectory hence the need for government to boost and capacitate the industry.
But, according to Addams, the closure of the hotel will greatly affect domestic tourism.
“This is a huge blow to the Eastern Highlands as a whole as there is need to increase the number of beds in the region to restore the region’s prime status as a leading destination to visit in Zimbabwe. In the recently launched Zimbabwe Tourism Authority – Zimbabwe -World of Wonders brand the eastern highlands is a pillar that should see Zimbabwe tourism on its path to recovery,” he said.
While the tourism sector is going through such challenges, tourism minister, Walter Mzembi, is currently in Spain where he is contesting for the Secretary General Post of United Nations World Tourism Organization.Advertisement