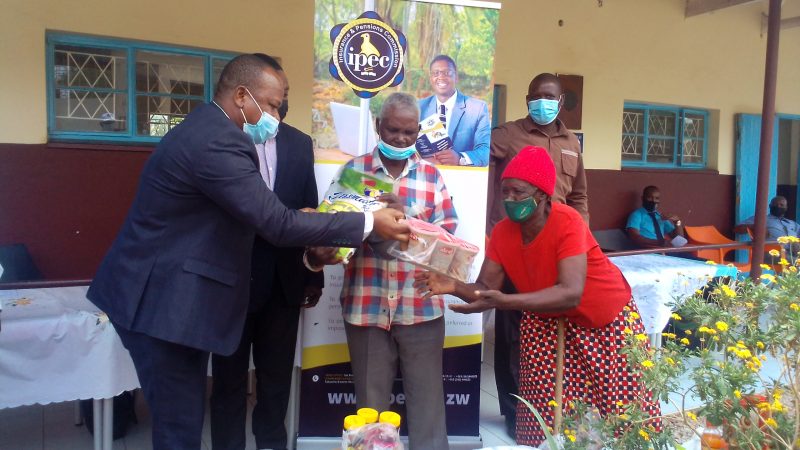 HUNDREDS of thousands of deserving pension fund beneficiaries are living in abject poverty while the money they religiously contributed towards pensions lies uncollected, with a cumulative $2, 55 billion remaining unclaimed.

Most would-be beneficiaries are inmates at old people’s homes or living in impoverishment with relatives.

Munjoma said: “There are developments that are worrying us as the regulator. There are pension scheme members who worked hard and contributed towards their retirement savings but they have not claimed their pension benefits,” he said.

“As at 30 September 2021, there were over 160 000 members who had not claimed their pension benefits to the tune of about ZW$2,55 billion. These members or their beneficiaries could be living in old peoples’ homes such as this one or wallowing in abject poverty, yet their pension benefits are lying idle at the pension funds.”

Munjoma was speaking Wednesday at Chengetanai Old People’s Home in Chinhoyi, where IPEC handed a solar-powered borehole and Christmas groceries to the aged inmates.

He called on potential beneficiaries to come forward and make claims.

However, Munjoma said there were unscrupulous companies deducting pension contributions from their employees, but failing to remit to the relevant pension funds.

“As a result, some of the fund members then retire into poverty because sometimes there will be no benefits at the pension as they would not have received the contributions.

Munjoma warned that to address the problem, the Pension and Provident Funds Bill, currently before Parliament, if passed into law, will see key decision-makers such as chief executives, and finance directors liable in their personal capacities for deducting, but not remitting employees’ contributions.