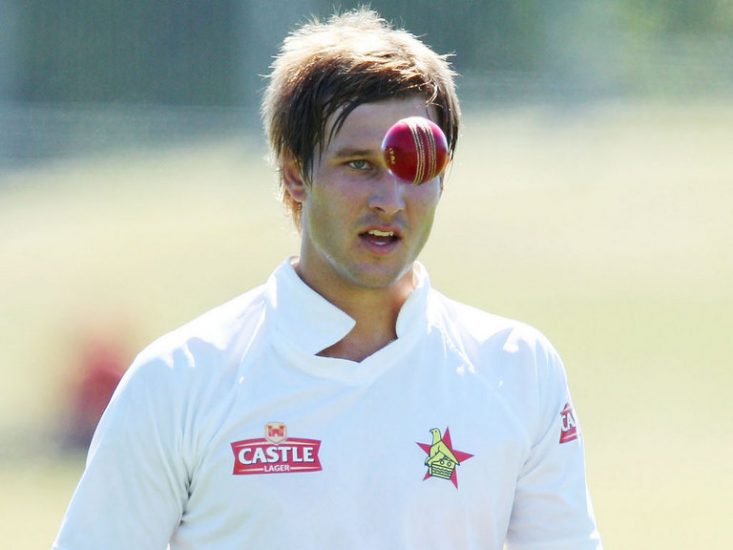 ZIMBABWE national cricket team fast bowler Kyle Jarvis has been ruled out of the Chevrons’ tour of Bangladesh later this month due to a lower back injury.

The 30 year-old bowler suffered the injury during the first Test against Sri Lanka at Harare Sports Club two weeks ago and was subsequently ruled out of the second Test which ended last Friday.

Zimbabwe Cricket revealed that an MRI scan has revealed that Jarvis had suffered a disc bulge, which hampered his “back movements due to lower back pain, muscle spasms and stiffness” and the fast bowler will need at least six weeks to recover from the injury.

A specialist doctor has advised Jarvis “rest while taking anti-inflammation medication and he will start physiotherapy as soon as the pain has subsided”.

He is likely to be able to train again in April ahead of the Ireland tour to Zimbabwe.

The right-arm fast pacer bowled 37 overs in the first innings against Sri Lanka, conceding 84 runs without picking up a wicket. He didn’t bowl in the second innings, with Sri Lanka needing only 14 which they chased down in three overs.

Jarvis’ absence for the Bangladesh tour will be a massive blow for Zimbabwe as he is the most senior fast bowler in the side.

Zimbabwe is, however, likely to recall another fast bowler Tendai Chatara for the tour to the subcontinent after the Mutare-born bowler missed the Sri Lanka series due to injury.

Zimbabwe will be playing one Test, three ODIs and two T20Is against the hosts Bangladesh.

The first Test will start from February 22 in Dhaka. The visitors will be playing their first Test tour of Bangladesh since November 2018.

Jarvis was the pick of the bowler for Zimbabwe during that tour as he was the leading wicket-taker in that series, taking ten wickets at an average of 15.50, including a five-wicket haul in Dhaka.

Zimbabwe are yet to announced their squad for the tour. The series comes in just after playing the two-match Test series against Sri Lanka. The hosts were thrashed by Sri Lanka in the first Test, but they came back strongly in the second one as it ended in a draw with Zimbabwe having the upper hand right throughout the Test.