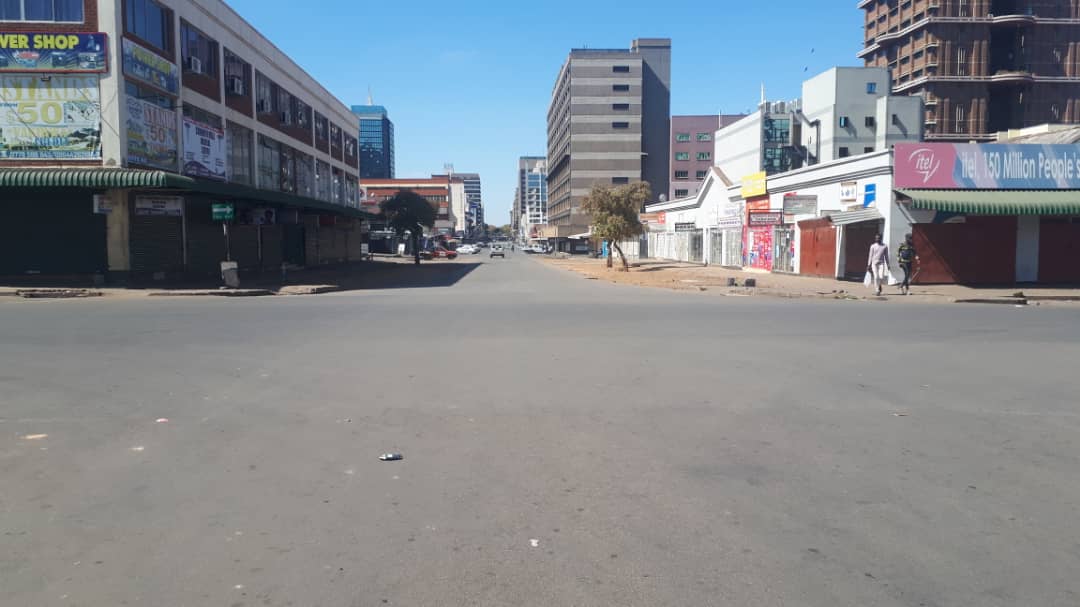 TENSIONS rose in most towns and cities Friday afternoon with the police and army ordering businesses to close while passengers were ordered out of ZUPCO buses as they made their way into CBDs.

By mid-day, the Harare central business district was deserted as State security agents pulled all stops to avert a much feared replay of wild protests witnessed January 2019.

A restaurant owner told NewZimbabwe.com he failed to open Thursday after his workers called and informed him they had been turned back at police checkpoints while travelling into the CBD.

There was also panic buying in some supermarkets in Harare as shoppers stocked foodstuff ahead of an uncertain weekend.

A video posted on WhatsApp showed soldiers ordering passengers out of a ZUPCO bus into a Zimbabwe National Army truck. The fate of the passengers could not be established.

Other videos showed State security agents assaulting members of the public and motorists.

In Bulawayo, our correspondent, Mbekezeli Ncube reports armed police officers had been deployed to travel in ZUPCO buses for the safety of the fleet and crew.

However, some workers travelling to work in that city complained their exemption letters were torn by the army and police.

State security agents later moved into the CBD forcing people out. The usually busy Chicken Inn opposite Tredgold Building was deserted after the soldiers ordered customers out.

In Kwekwe, soldiers were ordering people to leave the CBD. Shops were also forced to close except for major retailers like OK, Spar and Pick n Pay.

Police and soldiers were engaged in running battles with residents at Mbizo 4 shopping centre.

For the past two days, there has been an increase in the number of police roadblocks with most workers being sent back home despite having in their possession exemption travel letters.