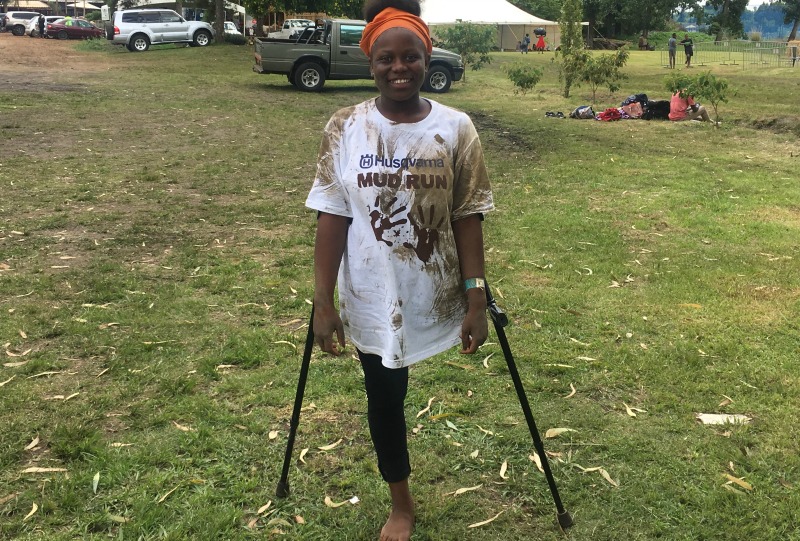 WADZANAYI Maiseni was diagnosed with bone cancer at the age of 11.

The now 18 year-old narrates how this unsettled her family which found itself turn to fervent prayer and further consulting traditional healers all in an effort to restore her to good life.

“Like any family, they found it hard to believe that their vibrant and energetic daughter only 11 years old had been diagnosed with bone cancer on the left leg after she fell and hit a hard surface. They also looked for divine intervention,” Wadzanayi told NewZimbabwe.com recently.

“We also tried several traditional healers, ignoring medical help and we consulted about five different people all with different ideas on how to treat cancer.

She added with a smile, “I remember we went to this sect and we were told that it was a generational curse in our family and it was believable at that time because my grandfather also died of cancer.”

When medical doctors recommended amputation as a remedy to the life threatening condition, Wadzanayi says she still remembers how her father was still in denial by refusing to sign a consent form for her leg to be amputated.

It took her brave mother to do that.

As time would later tell, this became her escape route to survival.

But as a child at the time, her family was not very open to her that they were taking her to the surgery to have one of her limbs severed.

“They explained to me in such a way that I was sure I was going to come out of the theatre with both legs,” she says as she recalls how she also lost her kindergarten friends when she turned up to play in one leg.

At some point, she says the pressures of growing up seeing other children of her age with both legs brought despair to her but that has gone with time.

Wadzanayi says she has now accepted this would be her new way of life and has convinced herself it was misconception by society that one could not lead a complete life when they were missing some of their limbs.

“I slowly grew out of it and slowly came to terms with what had happened and I told myself that this is simple life.

“…It’s a lesson that I had to learn at a very tender age. I can now safely say that I love myself. I have accepted who I am and now maximising on my potential with each passing day.

“Sharing my story right, I hope it will inspire someone who is going through cancer therapy after diagnosis who does not know if they are going to survive,” says the now Kidzcan child ambassador.

Kidzcan is an organisation dedicated to increasing the survival rate of children with cancer.