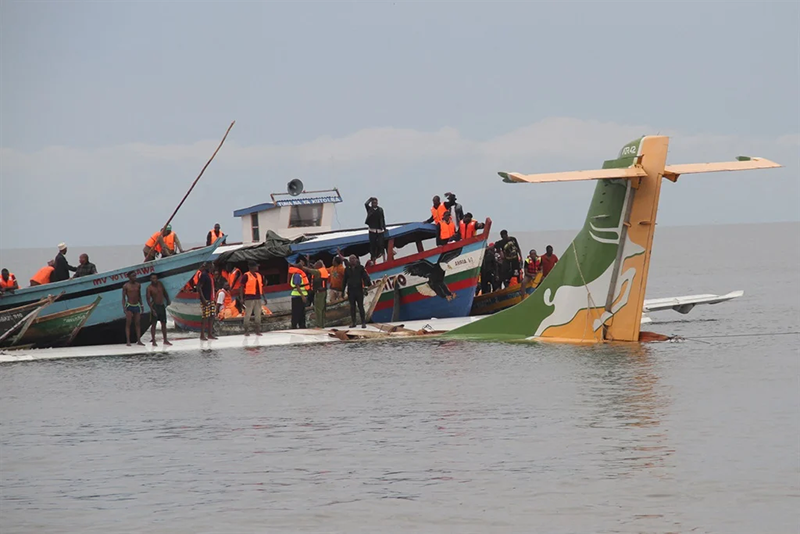 The death toll from Sunday’s plane crash in Lake Victoria in Tanzania has jumped to 19, Prime Minister Kassim Majaliwa said, after the Precision Air flight plunged into water while approaching the northwestern city of Bukoba.

“All Tanzanians are with you in mourning the 19 people who lost lives during this accident,” Majaliwa told a crowd after arriving at Bukoba airport, where the flight had been scheduled to land from financial capital Dar es Salaam.

Earlier reports said rescuers pulled 26 survivors to safety after the Precision Air plane crashed due to bad weather, with 43 people, including 39 passengers, aboard flight PW 494 from the financial capital Dar es Salaam to the lakeside city, according to regional authorities.

The fire and rescue service said in a statement urged people to “remain calm”.

Precision Air, a publicly-listed company which is Tanzania’s largest private airline, said it had dispatched rescuers to the scene.

“An investigation team consisting of Precision Air technical staff and TAA (Tanzania Airports Authority) has also departed to join the rescue team on the ground,” the airline said in a statement.

“Precision Air sincerely understands the anxiety for confirmed information and will therefore do its best to issue more details,” the company said.

“The next update will be issued as soon as we receive more information from the accident scene.”

It said the aircraft was an ATR 42-500, manufactured by Toulouse-based Franco-Italian firm ATR. 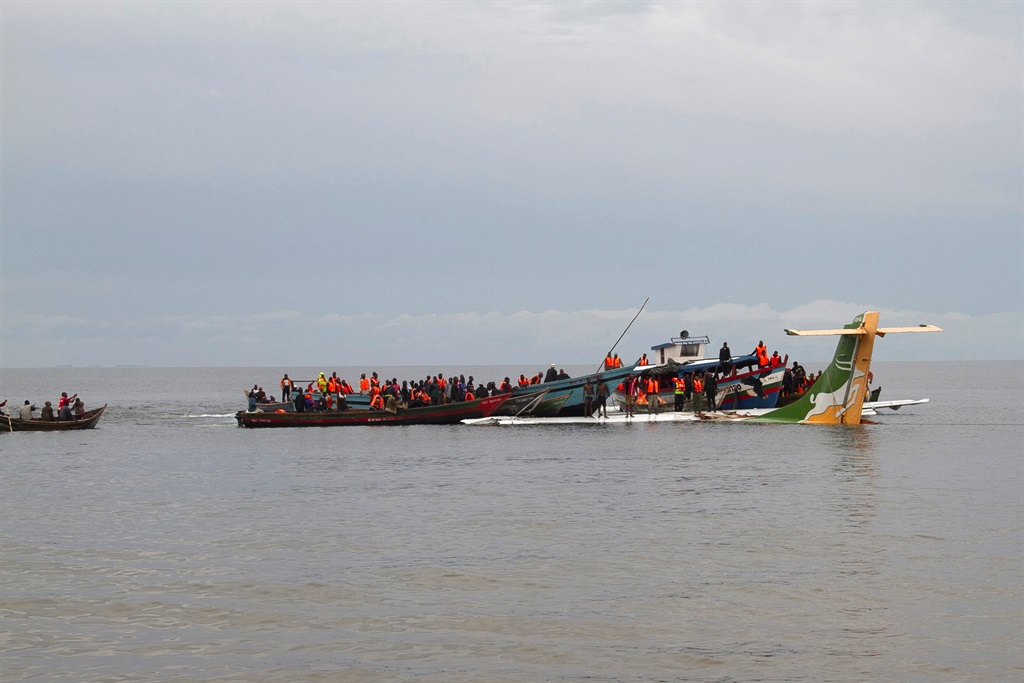 Rescuers search for survivors after a Precision Air flight that was carrying 43 people plunged into Lake Victoria as it attempted to land in the lakeside town of Bukoba, Tanzania. (Photo:SITIDE PROTASE / AFP)

Video footage broadcast on local media showed the plane largely submerged as rescuers, including fishermen, waded through water to bring people to safety.

Emergency workers attempted to lift the aircraft out of the water using ropes, assisted by cranes as local residents also sought to help in the effort.

President Samia Suluhu Hassan expressed her condolences to those affected by the accident.

“Let’s continue to be calm while the rescue operation continues as we pray to God to help us,” she said on Twitter.

“Our hearts and prayers go to the families of passengers on-board a plane that crashed into Lake Victoria, with our full solidarity to the Government & people of #Tanzania,” Faki wrote on Twitter.

“The East African Community joins and sends our condolences to Mama Samia Suluhu Hassan, families and friends of all those who were affected by the Precision Air plane accident,” Mathuki said, also on Twitter.

Precision Air, which is partly owned by Kenya Airways, was founded in 1993 and operates domestic and regional flights as well as private charters to popular tourist destinations such as the Serengeti National Park and the Zanzibar archipelago.

In March 2019, an Ethiopian Airlines flight from Addis Ababa to Nairobi plunged six minutes after take-off into a field southeast of the Ethiopian capital, killing all 157 people on board.

In 2007, a Kenya Airways flight from the Ivory Coast city of Abidjan to Kenya’s capital Nairobi crashed into a swamp after take-off, killing all 114 passengers.

In 2000, another Kenya Airways flight from Abidjan to Nairobi crashed into the Atlantic Ocean minutes after take-off, killing 169 people while 10 survived.