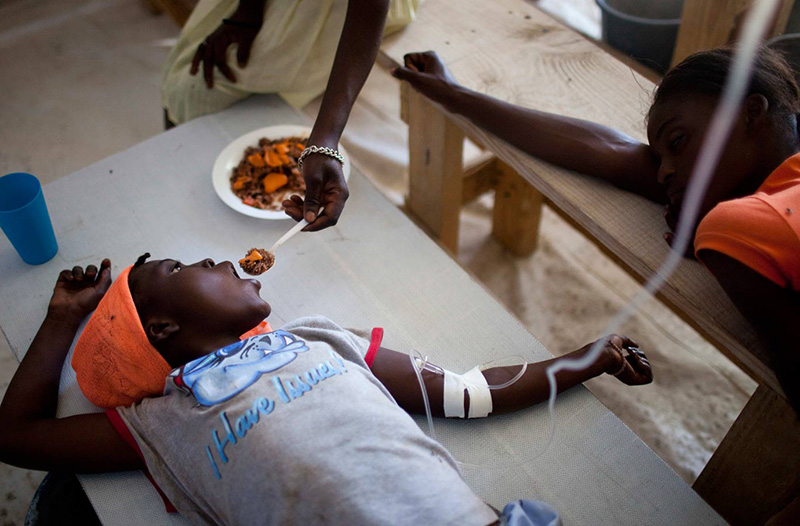 TWO people have died in the Mashonaland West district of Mt Darwin in what suspect to be a new outbreak of cholera.

This comes barely three months after 50 people died around the country from the disease.

At the height of the September pandemic, government enforced a state of emergency, banned public gatherings and shut down schools before World Health Organisation and other organisations provided help to control the disease.

The outbreak started at Mukaradzi Mine, some 25km from district centre with Darwin District Hospital reporting 22 cases of dysentery.

District nursing officer Anna Chinyemba told journalists Tuesday that they are waiting for the results of laboratory tests to establish whether the dysentery is linked to cholera.

“We have a problem of diarrhoea, patients are coming vomiting,” she said.

“We started receiving patients with diarrhoea as from Sunday and one died on the way to the hospital.

“I cannot confirm, for now, that it’s cholera as we are still waiting for results from the lab to confirm it’s indeed is cholera but symptoms for now point to that.

“Currently, we have embarked on an awareness campaign to educate locals on how to prevent cholera.”

Local health officials appealed for help, fearing they may be overwhelmed if the number of cases continues to increase.

Meanwhile, relatives of other patients detained at the hospital are up in arms with the medical staff as those the cholera a suspected cholera cases were not being quarantined in separate wards.

“Since Sunday night our relatives have been in the same ward as those with cholera,” fumed one Charity Shereni.

“It was only this afternoon when they (hospital staff) told us not to enter the ward; we fear our relatives may be affected,” said finance minister Mthuli Ncube.

“People are dying here, and I saw more than the number which is being said.”

Ministers insisted Wednesday that measures were being put in place to contain the latest outbreak.

“We have all the systems in place in terms of the capacity and capability to respond.

“Our response mechanisms to such outbreaks are always ready and together with the ministry of health we will announce interventions that will be put in place to ensure that the disease does not lead to loss of lives and the devastating effect it had last time out.”

The country had its biggest cholera outbreak in 2008 at the height of an economic crisis when more than 4,000 people died and another 40,000 reported for treatment.

This year’s outbreak caused 54 deaths, and more 10,000 people were treated for the water-borne disease.

The government said last month it would vaccinate 1, 4-million people.

The outbreak has exposed lack of maintenance of infrastructure with burst pipes and contaminated boreholes commonplace in the economically ravaged country.