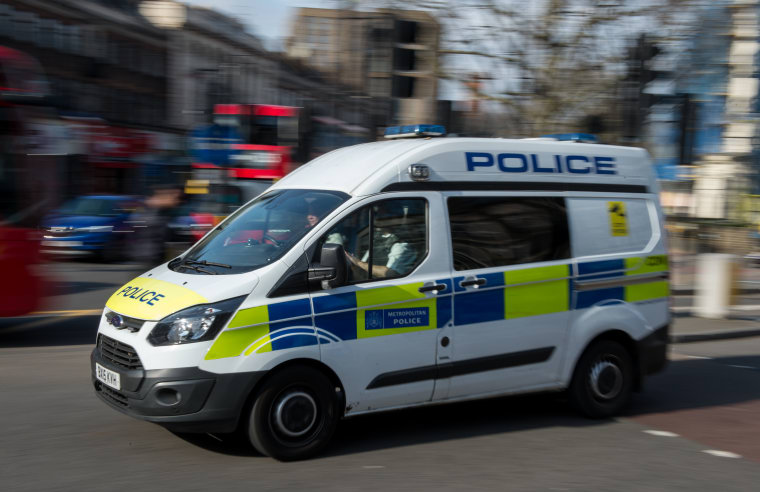 Two people were stabbed and a man arrested Friday at an address in central London that is home to the offices of Sony Music, police said.

The Metropolitan Police force said armed officers were sent to Derry St. in Kensington at about 11:00 o n Friday and the building was evacuated as a precaution.

It said the incident is not being treated as terrorism and there’s no evidence guns were involved.

The condition of the two victims was not immediately known.

Photos showed a large number of police cars and ambulances in front of the building in an upscale neighbourhood.

Journalist Simon Neville, who works for the Mail on Sunday newspaper just across the street, said he saw workers running from the building and a man in a red jacket being tackled to the ground.

The building at 9 Derry St. contains the offices of Sony Music and associated music companies, including Simon Cowell’s Syco Entertainment.