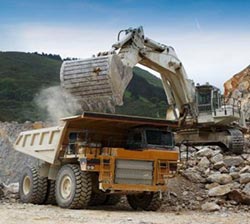 THE Zimbabwe Mining and Smelting Company (Zimasco) is losing business from one of its key export markets, China, after the National Railways of Zimbabwe (NRZ) is failing to move chrome to strategic partners.
Zimasco is the country’s biggest ferrochrome producer but the moribund NRZ is failing to supply enough wagons to move chrome to Mozambique.
General Manager Marketing and Administration, Clara Sadomba, at the recent tour of the company, said Zimasco has resorted to the use of heavy trucks.
The situation, Sadomba said, is not tenable as Zimasco is now stuck with over 200 000 tonnes of chrome which was destined for the Asian market.
“Due to shortage of wagons, we have allocated a small tonnage to be moved by road,” said Sadomba.
“We need more wagons to move our ferrochrome as we are now stuck with over 200 000 tonnes of chrome which we were supposed to move to China export,” she said.
Last year, Mozambique’s public owned port and rail company, CFM, signed a “Service Level Agreement,” with the NRZ and Zimasco signed an agreement that would see NRZ transporting chrome ore locally and Ferro-chrome ore export to Maputo.
The deal is subject to review at the end of this year.
Under the deal, NRZ was supposed to move 60 000 tonnes of chrome ore and ferrochrome ore, but the parastatal, due to the shortage of wagons, is struggling to meet the target.
Said Sadomba, “If we are to have enough wagons we will move 60 000 tonnes per month, but we have been averaging 30 000 tonnes per month since November when our agreement with NRZ came into force. The agreement will last until the end of the year and we hope to review it.”
She said NRZ is a key partner in the operations of Zimasco.
“NRZ is a very significant partner as we rely on the railway company for our operations,” she said.
Meanwhile, Transport Minister Jorum Gumbo said there is need for urgent recapitalisation of NRZ since the use of road transport for a firm like Zimasco is not sustainable.
Advertisement