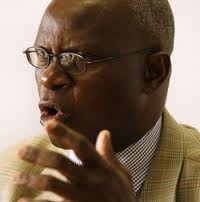 ZIMBABWE’S parliamentarians will, next week, meet in Victoria Falls for their customary pre-budget consultations.
Finance minister Patrick Chinamasa is expected to present the 2014 national budget next month amid high and, in some cases, competing expectations from different sectors of the economy
The new treasury chief faces the challenge of coming up with a budget that it will guide the economy from uncertain stabilisation to sustained growth.
Major issues raised by people this year ahead of the budget include increases in the allocation for the health, power, education, clean water, better infrastructure and social sectors.
Civil servants implored the minister to look into their salaries while business people customs duty on imported goods reduced among other issues. Many say they have resorted to smuggling goods as import duty was too high.
Another major issue expected to be addressed is civil servants salary reviews and bonus.
Analysts said Chinamasa should allocate more money to sectors that have strong primary-multiplier effects on employment creation, so that the secondary effect on government revenue-creation would assist in repaying loans and put the economy on a sustainable growth path.
Government is facing a deficit running into millions as expenditure exceeds revenue.
Against a backdrop of extraordinary uncertainty after the elections and a liquidity crisis, Chinamasa may downgrade initial growth forecasts.
Analysts said economic policies should focus on the country’s longer-term interests, and not on populist appeal.
They also want to see how the minister will deal with the country’s liquidity challenges at a time when the world financial markets are still recovering from a “destructive implosion”.
The global challenges have brought into the mix the question of where the minister would get money to finance the projected deficit.
“Is he going to rely on money from multilateral institutions such as the International Monetary Fund and the World Bank to meet the budget’s shortfalls? Is he going to set aside money for elections,” one analyst asked.
Chinamasa is best remembered for formally dollarizing Zimbabwe’s economy on January 31, 2009 in a decision credited with helping end runaway and world record inflation.Advertisement

A lawyer by profession, the minister now faces a daunting challenge of fire recovery in an economy where 70 percent of government revenues are spent on salaries.