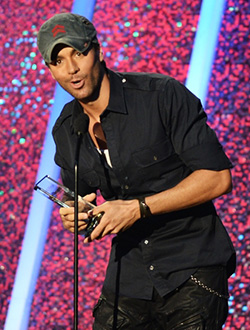 NEW a new playlist? Check out the Associated Press’ top songs of 2014 list. Heard them before? Then play them again.
1. “Pretty Hurts,” Beyonce: Contemporary music’s top singer and songwriter — Beyonce and Sia — join forces to create a song that is heavy, deeply felt, emotional — but most important, beautiful. “Pretty Hurts,” with its winning accompanying music video, tackles the insecurities anyone and everyone feels, and Beyonce’s rising vocals bring Sia’s words to life, including lyrics like “it’s the soul that needs surgery.” I could cry.
2. “Chandelier,” Sia: Being selfish is a good thing: Sia, who has written for Rihanna, Katy Perry and others, decided to keep “Chandelier” for herself, and thankfully so. The upbeat party anthem can get anyone in the right mood.
3. “I’m Not the Only One,” Sam Smith: Yes, Sam Smith stole your heart with “Stay With Me,” but “I’m Not the Only One” proves he will be around for a long time. His honest delivery, lyrically and vocally, makes him so irresistible it makes you wonder who was so foolish to have broken his heart.
4. “All About That Bass,” Meghan Trainor: The year’s most viral and colorful song still sounds good months after its release. “All About That Bass” is addictive and empowering, and it showcases bright newcomer Meghan Trainor, who we think won’t fall into the trap of one-hit wonder status.
5. “Bailando,” Enrique Iglesias featuring Sean Paul, Gente de Zona and Descemer Bueno: It doesn’t matter if it’s the Spanish or English version, Enrique Iglesias’ “Bailando” is the track with the year’s most swag. I wanna be contigo, and live contigo, and dance contigo!
“Bailando,” Enrique Iglesias