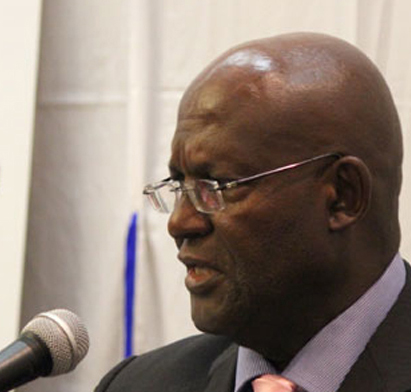 THE economy is likely to grow by just one percent this year in the absence of political will to institute economic reforms, Bankers Association of Zimbabwe (BAZ) president Sam Malaba said on Thursday.
Government, along with the World Bank, expects the economy to grow by 3,2 percent anchored on increased agriculture output and a recovery in mining, but Malaba said the country’s struggle to attract Foreign Direct Investment made it difficult to attain such a margin.
“In terms of growth, 3,2 percent is quite optimistic. We may be looking at a growth rate of two percent or just one percent,” Malaba told a Confederation of Zimbabwe Industries (CZI) Zimbabwe Economic Outlook 2015 Symposium.
“What are we doing to attract FDIs when there are competing countries such as Mozambique, Zambia and Ethiopia?
“Do not assume that because you have minerals investors will come to you. We need to modify our indigenisation laws to attract investors.”
Malaba said it was common cause that reforms were necessary to make the country competitive again.
“The issues are known. It is about the bureaucracy in the system. It is about the respect of property rights and bilateral agreements.
“We need to create political will and accountability on non-implementation,” he said.
Finance Minister Patrick Chinamasa, who attended the event, had left when Malaba, a former central bank deputy governor, made his remarks.
He said the creation of the Zimbabwe Asset Management Company (ZAMCO) by the central bank – a special purpose vehicle to house the over $700 million of non-performing loans in the banking system – would help lower interest rates.
Banks are currently charging interest rates between six and 35 percent.Advertisement