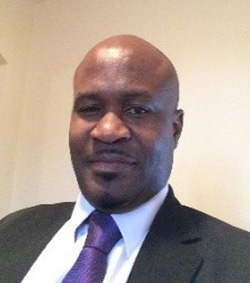 THE Honourable Minister of Finance Patrick Chinamasa believes that the economy will grow by 2.7% in 2016. The IMF has suggested that the economy will grow by 1.5% in the current financial year. My humble opinion is more pessimistic – I think that the Zimbabwean economy will either be flat or shrink in 2016.
My views are based on the fact that I cannot identify any meaningful activity that can stimulate the economy into viable positive growth. All the internal and external ingredients that are required to stimulate economic growth are missing and the state organs that should be focussed on positively working on addressing Zimbabwe’s economic woes are in combat, fully engaged in a different war.
In a previous article that I co-authored, I explored Zimbabwe’s poor record in saving money for investment and the government’s ill-advised policy on Foreign Direct Investment, both of which mean that Zimbabwe is severely short of capital.
One variable that makes economic growth a huge challenge is the country’s use of the US dollar. The Greenback has strengthened very significantly against a majority of international currencies. This means that Zimbabwe, which is heavily dependent on exports (to earn the dollar) will face significant challenges by its continual use and dependence on the dollar, because a strong US dollar makes it expensive for other economies to import from Zimbabwe. Falling exports mean that the country earns less dollars which leads to less money in circulation. Exports to South Africa which are our major trading partner, and are likely to be affected.
Governments that are serious about seeking to grow their economies ensure that their resources are allocated in sectors that are likely to guarantee high productivity. The general convention is that the private sector is more productive than the state sector and this notion cannot be far from the truth where Zimbabwe is concerned, a simple task that would normally take minutes to complete at a government office in Zimbabwe can take weeks to complete (if you are lucky to even have it accomplished).
The current government seems determined to put all resources into the state sector with state employees (and protected ‘ghost workers’) costing more than 80% of the budget. There is continual insistence and promises of civil servants a bonus. The question to ask is, can this state afford to pay these bonuses?Advertisement

In order to feed its bloated public sector, the government of Zimbabwe over-taxes its citizens thereby taking money from people and paying its employees. Other than state security, tax collection is one area that is heavily staffed with ZIMRA, the Ministry of Transport’s ever increasing toll gates and ZRP’s quasi-tax collection duties that are disguised as road safety fines. The State has even gone as far as raiding the tourism sector by introducing VAT – a move that has pushed some tourists to neighbouring countries. Even struggling vendors are now under pressure from the revenue collection juggernaut.
In recent times, Zimbabwe has relied on exporting unprocessed commodities. Unfortunately, global commodity prices have slumped in recent times; we now get much less from commodities. Zimbabwe’s ‘all-weather friend’, China which used to be one of the biggest markets for Zimbabwean commodities is experiencing its own economic problems and its appetite for commodities has plummeted.
Zimbabwe’s economy is heavily dependent on the fortunes of its agricultural season. While the minister presented his projections before the agricultural season started, we now know that the season has turned out to be one of the worst we have seen in recent times. This means that the assumptions about agriculture outputs that the honourable minister had made, will not materialise as Mother Nature had its own plans. Zimbabwe is now facing the prospect of using its meagre resources to import food.
2015 saw a rapid decline in energy and water supply in Zimbabwe. One wonders how companies survive/operate in an environment which has an erratic energy supply and almost non-existent supply of water in big cities.
According to the UK Chancellor of the Exchequer, the biggest risk to the UK economy is the wider global economy. Because of Zimbabwe’s use of the US dollar and other foreign currencies (and the dependency on imports and exports), Zimbabwe is now very intertwined within the global economy – problems far from home will impact on Zimbabwe’s economy. Conditions look uncertain within and outside Zimbabwe with problems within, being mostly self-inflicted.
As I mentioned earlier, the ship skippers who are supposed to be guiding us, steering and steadying our economic ship are engaged in a mutinous civil war against each other. We witness regular policy contradictions and open warfare, whilst the economy keeps drifting on cruise control. We have recently become more fixated with the word “factions”. The CEO (President) whose duty is to remind everyone of their governing duties only pops up to order ‘Team Lacoste to stop striking back’.
Interestingly this ship called Zimbabwe manages to somehow stay afloat despite the turbulence it has and continues to experience, or perhaps this ship has periods where it resurfaces after completely going under? I shall discuss this conundrum in another paper.
David Mutori is a pro-democracy activist who is frustrated with politicians abusing their positions by duping people. He believes that Zimbabweans underestimate their individual responsibilities and potential to determine their future. He writes in his personal capacity and can be contacted on mutorid@gmail.com.