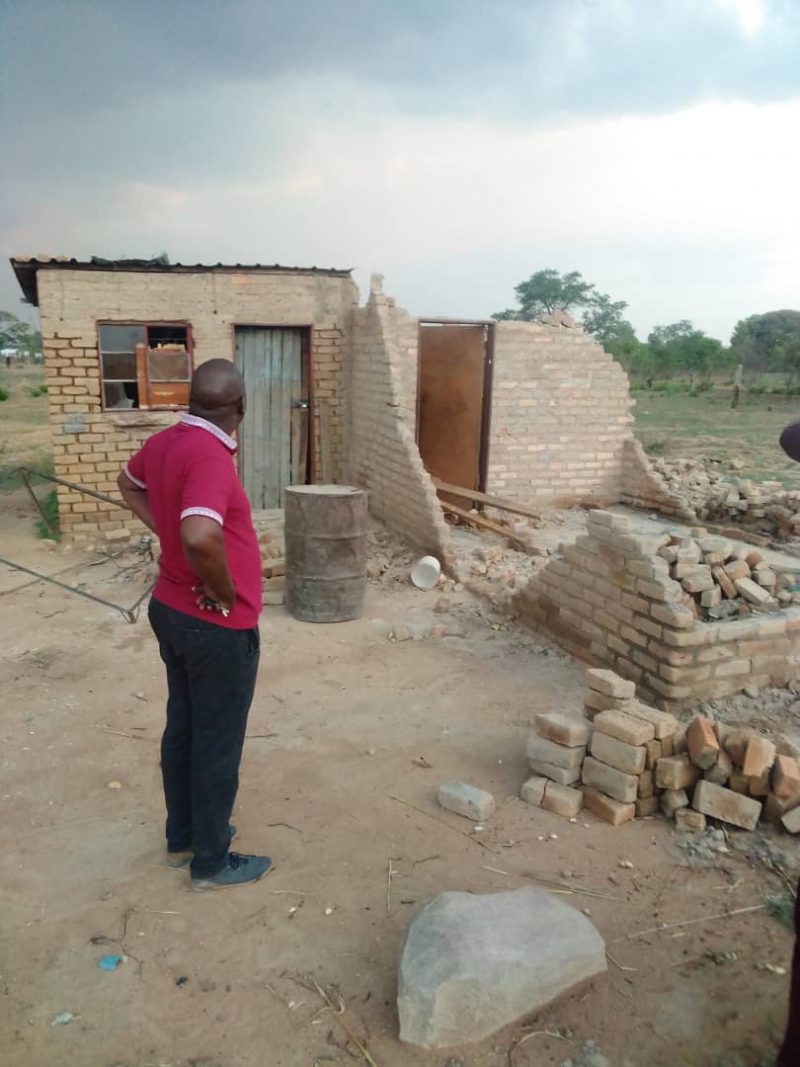 The flash torrential downpour that hit Ward 11 and lasted for three consecutive days last week, resulted in several houses collapsing, and roofs were blown off.

Magunje told NewZimbabwe.com, the spirit of Ubuntu had jerked the MDC Alliance provincial executive, together with the national rural mobilising secretary Happymore Chidziva, into action to assist the affected families.

“We also conducted a tour of the destroyed structures and took note of what needs to be done for the families to get back to their normal lives, as some were forced to stay in makeshift structures while others are squatting at neighbours’ houses.”

Magunje highlighted the opposition party was mobilising resources and materials to have the housing structures repaired urgently, before the onset of the rain season.

NewZimbabwe.com also learnt some villagers were left counting their losses after 50kg bags of baking flour they had secured through the Women’s Bank were soaked in the rains.

“Some people in the area are involved in bakery projects which recently got loans of 50kg bags of flour from the Women’s Bank. They are now in a quandary over how they will repay these loans,” said Magunje.

The Mhondoro-Ngezi district civil protection unit (CPU) is, reportedly, yet to visit the affected area to assess the damage and render help.