TOURISM Minister Prisca Mupfumira will have to spend at least another night behind bars after acting chief magistrate Munamato Mutevedzi deferred ruling on bail to Saturday arguing he needed time to study submissions by prosecutors and lawyers and whether it was within his jurisdiction to make such a determination.

Mupfumira was arrested early Thursday by officials from the Zimbabwe Anti-Corruption Commission on charges of abuse of office, corruption and pillaging the National Social Security Authority (Nssa) during her tenure as Public Service Minister.

It is the State’s case in the seven charges preferred against the Cabinet Minister that the country was prejudiced of millions through Mupfumira’s alleged actions in which she basically micro-managed the Nssa board awarding herself allowances that she did not deserve.

The State, represented by prosecutor Michael Reza, opposed bail arguing that his boss, Prosecutor General Kumbirai Hodzi feels the amount of money involved is a big prejudice to the nation.

Reza went on to submit a certificate from Hodzi confirming the decision which indicated that the State wanted Mupfumira detained for 21 days.

The certificate was produced in terms of Section 32(3)(b) of the Criminal Procedure and Evidence Act which states that if the Prosecutor General believes that a matter is complex and that there is difficulty in acquiring evidence relating to an offence or that there is likelihood that the accused may conceal or destroy evidence and if a magistrate is satisfied, will remand an accused in custody for 21 days.

But through her lawyer Charles Chinyama, Mupfumira insisted she was fit for bail adding it was a constitutional issue and not dependent on Hodzi’s wishes.

“The PG is not entitled to get whatever he wants on a silver platter. Bail is fundamental constitutional right and the accused is entitled to it,” said Chinyama.

Chinyama argued that Mupfumira never applied for a loan to purchase a top of range vehicle for herself adding the State had also failed to produce paper trail showing how the Minister had criminally strayed from her duties.

“No cent went to the accused. Nssa is an authority run by a board of directors. No money is released to anyone without authority of the board not (even) from a government minister.

“On the issue of Corporate Social Responsibility (CSR), the person who is responsible for authorising any increment for CSR is the board,” said Chinyama.

Chinyama also poked holes into the State’s case in which it is claimed Mupfumira issued verbal directives.

“We are being told there was a verbal directive by the accused but that can’t be directed to a board. One would wonder if there was ever such a directive,” said Chinyama.

“What we have here is purely a civil matter between Nssa and MetBank which is being brought to criminal courts through the back door. It is wrong.”

He further submitted that Nssa is not run by a Minister but a permanent secretary who is the accounting officer.

“The accounting officer has to come and explain these payments. Nssa is run by a board of directors which approves any disbursements before money is released,” argued Chinyama. 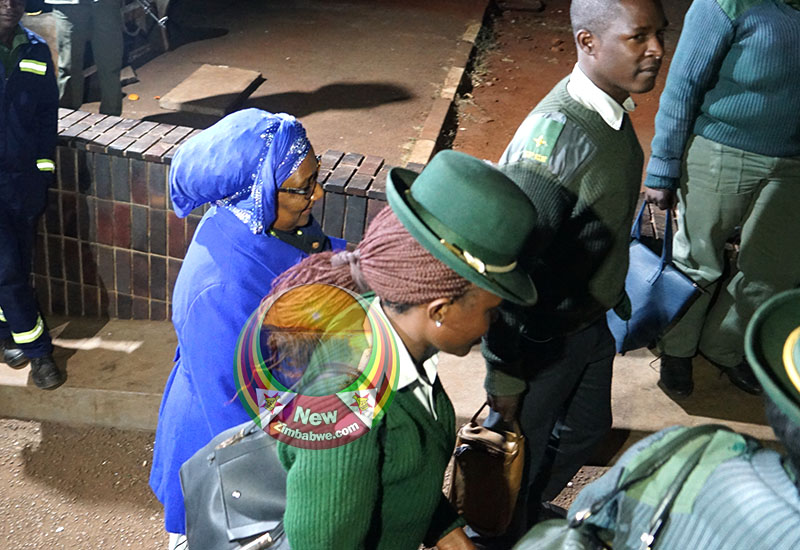 In response, Reza said the allegations against Mupfumira are complex and even Zacc has failed to trace some of the monies.

“We are looking at close to a $100 million. While we identified where some monies went there are other amounts where Zacc has failed to identify where the money disappeared to.

“The accused managed to hide those monies very well. Zacc is still investigating the final destination of the monies,” said Reza.

But Mutevedzi in his ruling agreed with the State denying the first serving Cabinet Minister to be arrested on charges of corruption bail.

“In the Court’s view, the charges hinge on reasonable suspicion and the validity of the certificate. The court will not entertain bail before dealing with these issues,” Mutevedzi ruled.

Initially, Mupfumira was supposed to appear in court early Friday but it emerged the prosecution had somehow bungled the charge sheet. Although details of  the mess-up were sketchy, this delayed her appearance to late in the day.