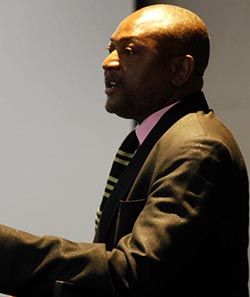 THE government needs at least $27 billion to fund projects it has planned under its five-year economic blue print, the Zimbabwe Agenda for Sustainable Socio-economic Transformation (ZimAsset), but remains vague about sources of funding, an official has said.
“Total financial requirement for ZimAsset is $27 billion up to 2018 with the bulk of it earmarked for energy, water, sanitation and social sectors,” the acting director fiscal policy in the finance ministry, Jonah Mushayi told participants attending a workshop debating the blueprint on Wednesday.
The plan, which was launched last October, would be funded through domestic resources, external borrowings, Diaspora bonds and through joint ventures.
“We need to pursue issues of joint ventures because that is where we have scope to achieve greater mileage given our limited domestic resource mobilisation capacity,” Mushayi said.
Government would also explore the possibility of financial assistance through regional bilateral arrangements with Botswana, Angola and South Africa.
It would also look into the possibility of  tapping into the 29.1 billion euro  fund set aside for the Caribbean and PaJonacific countries under the 11th European Development Fund as well as how to benefit from Islamic Bonds which have over $110 billion in reserves.
Zimbabwe’s ability to tap into EU funds is, however, restricted by the breakdown in its relations with the bloc, which has maintained sanctions on President Robert Mugabe and his government since 2002.
The country’s arrears with multilateral finance institutions such as the World Bank and IMF stand at over $6 billion, making it an unattractive candidate for fresh funding.
Mushayi said new laws to govern public private partnerships would be gazetted this month while a workshop on the establishment of Special Economic Zones to promote investment in the country was planned for later this month.
“A team has been dispatched to Uganda today to learn about the success of special economic zones in that country,” he said.
Mushayi said implementing the International Monetary Fund staff-monitored programme was key to reducing the Zimbabwe’s debt which officially stands at $6.1 billion.
Funds would also be drawn from membership in regional blocs and international committees and conventions such as the Green Fund for Climate Change.Advertisement

“We need to come up with bankable projects and to prioritize servicing loans to unlock more financing,” Mushayi said.