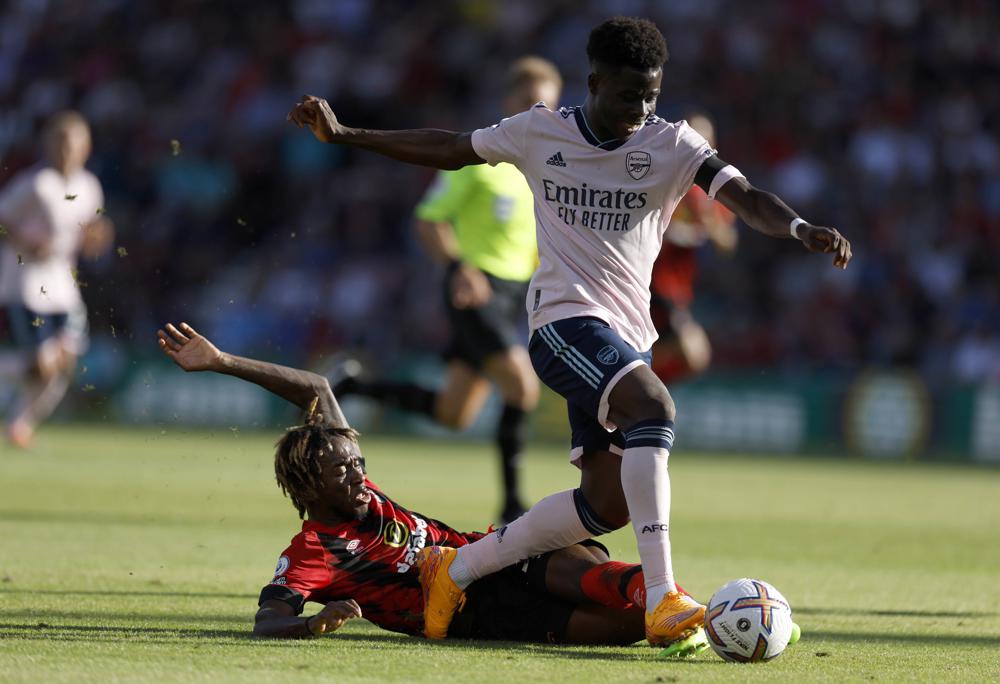 BOURNEMOUTH: Arsenal made it three straight wins to open the Premier League season by beating Bournemouth 3-0, with Martin Odegaard setting the team on its way with two goals inside 11 minutes on Saturday.

The Norway playmaker converted a rebound in the fifth minute after Gabriel Martinelli’s shot was saved and then lashed in a rising effort from Gabriel Jesus’ lay-off.

Center back William Saliba curled in a third goal from the edge of the area with his weaker left foot to clinch another convincing win, after 2-0 at Crystal Palace in the opening round and 4-2 at home to Leicester last weekend.

It contrasts to last season, when Arsenal opened with three straight losses to leave Mikel Arteta’s job under threat.

Arsenal is the only team to start with a maximum nine points. Manchester City will also look for a third straight win when the defending champions play at Newcastle on Sunday.