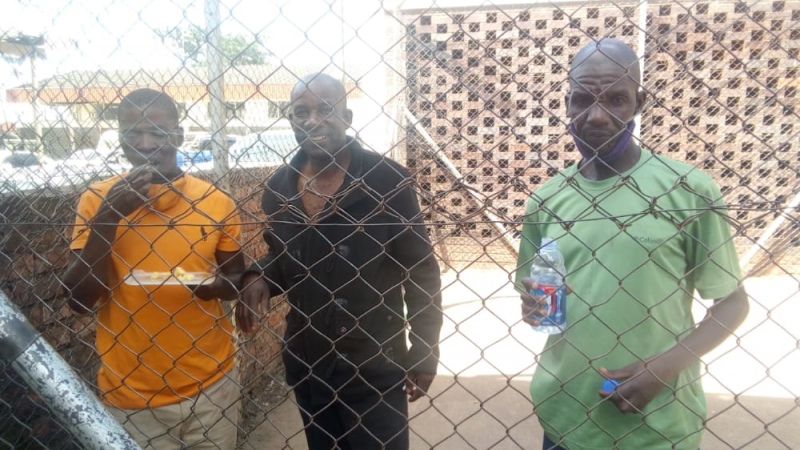 POLICE in Raffingora, Saturday, disrupted an MDC Alliance meeting before arresting three of the opposition party’s officials for convening a gathering in violation of Covid-19 prevention regulations.

The law enforcement agents stormed an internal executive meeting of the Zvimba North MDC Alliance constituency coordinating committee held at one of the opposition party members’ home and arrested the trio.

“Police from Raffingora dressed in plain clothes descended on the residence of one of our aspiring councillors, where a constituency meeting was underway, and arrested three officials.

“The trio faces charges of violating the Covid-19 lockdown regulations by convening a party meeting.”

Mandava alleged police used force to effect arrests resulting in the injury of some MDC Alliance members, including elderly women who had to later seek medical attention.

The Zvimba North trio is expected to appear at the Chinhoyi Magistrate’s Court this Monday.

Added Mandava; “It is quite evident the law is being applied selectively to shut out the democratic space and give the regime ample space to manoeuver without any hindrance.”

He also accused the police of taking sides with the ruling Zanu PF which is holding meetings as it wished, but its members are not barred for violating Covid-19 restrictions.

“The law cannot choose to be blind in some instances while punishing others at the same time. We stand guided by the national Constitution, which gives us unequivocal power to hold our party meetings and shall continue to convene citizens for change as long as we remain slaves in our native land.”

However, for Chinanzvavana, he will be back in the dock Monday, in as many weeks, following his earlier arrest this year and appearing in court facing similar charges of violating Covid-19 regulations. He is part of 12 MDC Alliance members who were arrested in Chinhoyi at the party’s office where they were holding a provincial coordinating meeting.

The court is expected to hand ruling on that matter Wednesday after the dozen applied for refusal of further remand.