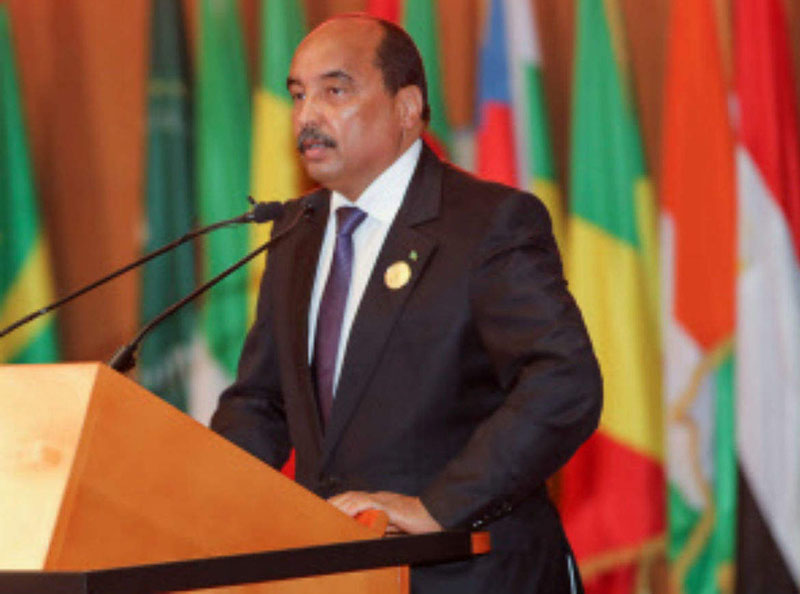 As the meeting is being held, neighboring Mali has had three extremist attacks on military targets in three days.

Africa urgently needs a comprehensive approach to deal with extremist attacks that takes into account the cultural and economic issues that are the root causes of the violence, said Mauritanian President Mohamed Ould Abdel Aziz

“The success of this approach entails the integration of solutions to the imbalances and the economic and social shortcomings that push our young people to become radicalized,” he said.

Suspected extremists have carried out three attacks targeting military forces in the past three days. Two soldiers and one civilian were killed on Friday in the car bomb attack on the G5 Sahel force command post in the central town of Sevare. The al-Qaida affiliate in Mali has claimed responsibility for that attack. On Saturday at least four Malian soldiers were killed when their vehicle hit a land mine in the Koro area in central Mali. On Sunday four civilians were killed by a suicide car bomb that targeted French forces.

The Mauritanian head of state also stressed that Africa must stamp out corruption in order to spur development and for the well-being of the continent’s people. “Countries that have made progress against corruption have made social, economic and technological progress,” he said, without citing the specific countries.

Rwandan President Paul Kagame, who is also the current president of the African Union, affirmed the organization’s support to the people of Ethiopia, Nigeria and Mali against extremist violence.

“We regret the loss of innocent lives,” lamented Kagame.

After posing for a group photo at the Al Mourabitoune international conference center more the heads of state and government went into a closed session.

The summit, on Sunday and Monday, will discuss setting up a mechanism to return stolen money, which is largely placed in tax havens abroad. The AU says approximately 70 percent of income from Africa’s resources are squandered or diverted.

The AU Peace and Security Council of 15 countries will convene on the sidelines of the summit Monday and will meet with French President Emmanuel Macron to discuss the battle against Islamic extremism and ways to finance counterterrorism and peacekeeping operations.