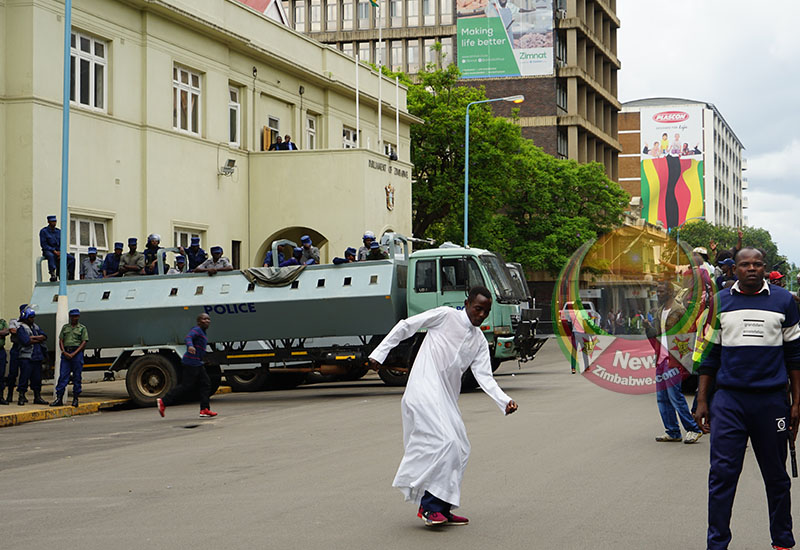 A Zimbabwean court has convicted 34 congregants of Mirirai Jehovah apostolic sect, who were on trial on charges of staging an anti-government protest against the deepening political and economic crisis.

The convicts are all members of a fringe opposition party Zimbabwe Transformative Party (ZTP), led by 52 year-old Kanyenzura Parere.

They were arrested by the police on July 9, 2022 and charged with criminal nuisance.

Prosecutors successfully argued the group unlawfully acted in a manner, which was likely to create a nuisance by walking in Harare’s central business district disturbing free passage and movement of people and vehicles.

In convicting the 34 congregants, Harare Magistrate Stanford Mambanje said he was convinced by testimony of some witnesses, whom he said had no reason to lie and who ordered the ZTP party members to disperse as they were doing wrong.

The sect members were represented by Evans Moyo of Zimbabwe Lawyers for Human Rights (ZHLR).

Sentence is pending in the case.