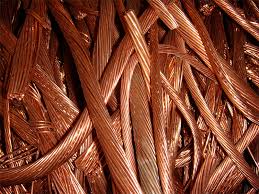 TWO suspected copper thieves, Christine Muvirimi and Valentine Peki, were Thursday remanded in custody while on their hospital beds after a car crash sold out on their $3,6 million copper cable stash.

Muvirimi 36 and Peki 27, appeared before Harare magistrate Dennis Mangosi charged with four counts of two of contravening the Copper Act, the Railway Act and Electricity Act.

They will be back in court on September 3 awaiting trial.

According to the state, the two were involved in an accident on August 17 2021 around 05:30 am along Stanstead and Mabelreign, Harare.

They were  driving a Nissan Caravan and failed to get out of the wreckage only to be rescued by the police and Fire brigade.

After a report of the accident, the court heard the polce at  Mabelreign where police officers attended to the scene and found Muvirimi trapped on the front passenger seat while Peki was on the driver’s seat.

The two were removed and ferried them to Parirenyatwa Group of Hospitals for treatment.

The recovered copper cables were positively identified by ZESA and National Railways of Zimbabwe Personnel.

The copper cables were weighed and the mass was 485 kilograms ZESA Copper cables, 129 kilograms NRZ 34 Core Cables and 488 kilograms of scrap copper.