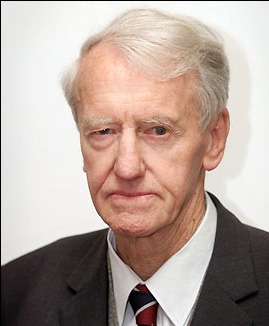 COMMENT sections on news websites are never for the fainthearted. But there is something uniquely depressing about the comments triggered by T. Williams’ recent submission to this website, We All Miss Rhodesia and Ian Douglas Smith. It’s not just a verbal orgy of poisonous racism and blatant lies that makes these particular comments stand out. Those are all part of the Zimbabwean condition. No. The most depressing comments in this case come from black Zimbabweans agreeing with the writer. If you’re looking for proof that the Zimbabwean revolution has been fairly and squarely sold-out by the people who claim to be leading it, look no further.
As a writer, T. Williams commands zero respect. For a start, he is historically illiterate. How can he possibly claim that Ian Smith spent years building a prosperous Southern Rhodesia when he came to power a year after the Federation of Rhodesia and Nyasaland ceased to exist? Doesn’t he know that construction of Rhodesia’s railways began at the start of the 20th Century, before Smith’s parents even arrived in the country? And claiming that Rhodesia’s economy boomed throughout UDI is, simply, nonsense.
Mere details? Perhaps. But T. Williams completely lost any credibility he may have scrimped with his puerile insistence on referring to Zimbabwe as Rhodesia and Mugabe as Moorgabie. But while it’s easy enough to dismiss T. Williams the person, we cannot dismiss his narrative. It’s the same lazy, cut and paste narrative that his tribe have applied to our history ever since the first Rhodies discovered the collective pastime of denigrating their black compatriots around a braai. It’s a tedious and self-serving narrative that has to be challenged. And, as white Zimbabwean, I’m challenging it.
First, however, we have to concede that the Rhodies’ boilerplate history is not all lies and half-truths, wilful delusion and pure ignorance. The fact is that Rhodesia was, indeed, super. It said so on the t-shirts and bumper stickers. Jobs were plentiful, land was abundant, the lawns were mowed, the infrastructure worked, servants were cheap and the living was easy. Except, of course, if you were black.
Arguably, the most disingenuous line in the Rhodie narrative is the one that goes along the lines of: “Well if only the blacks/Afs/munts/kaffirs had got off their backsides and made an effort, they could have had it all.” Let’s test that argument against the case of Herbert Chitepo who beat all the odds to become the first black citizen in Rhodesia to qualify as a barrister. For his troubles, Mr Chitepo was required by white Native Commissioners to conduct his defence of African clients sitting cross-legged on the courtroom floor.Advertisement

So, there you have it: Rhodie race relations in action. Tell blacks to get off their backsides. But if they do, then write laws that put them right back down on their backsides again. If that’s how a regime treated its black lawyers, what hope for its marginalised and poor blacks? Of course, Herbert Chitepo did not wait around to find the answer. Instead, he went into exile and led the armed the struggle from Lusaka until his assassination in 1975. Another story for another time.
For now, let me be clear. I am no apologist for the people whose greed, corruption, mendacity, hypocrisy, malevolence, violence and sheer incompetence have brought Zimbabwe to its knees. Come the glorious day, they deserve to be hung up by their ankles from the lampposts along Samora Machel Avenue – assuming there are any lampposts still standing along Samora Machel Avenue when that glorious day comes.
But let me be equally clear about my position on the Rhodie tribe. Specifically, their inability to take any responsibility for the destructive political culture that they were instrumental in fomenting. As an example: has it never occurred to people like T. Williams that if you spend decades making criminals out of politicians, then you run a high risk of ending up with criminals for politicians?
Of course, there are numerous parallels between the RF and ZANU (PF) that go beyond the oppressive laws and statues that we are all so familiar with. Take, for example, their interminably dysfunctional love-hate relationship with Britain. Their failure to take a scrap of responsibility for their blunders. Their shameless indulgence towards their war vets. The endless stream of fatuous propaganda. The naked cruelty of a Lance Smith or Emmerson Mnangagwa. The facile posturing of PK van der Byl and Jonathan Moyo. The hysterical canonisation of profoundly flawed and deeply destructive leaders; like Ian Smith and Robert Mugabe.
(Arguably, the best description I have ever heard of Smith came from Doris Lessing when I met her in London some years ago. She simply dismissed the man as thick, and I find it very difficult to disagree with her. Then again, Smith did possess a certain gift for fooling the same scared, frightened and ignorant blue-collar grunts that Donald Trump excels at manipulating.)
I am always astounded at how Rhodies routinely assume they are entitled to speak on behalf of their black compatriots. In reality, they simply had absolutely zero comprehension of the realities of life in black Rhodesia. At the risk of generalising, their contact with black Rhodesians was primarily confined to instructing their domestic servants. How can they possibly claim to speak for black Rhodesians when they didn’t know their language, culture, folklore, history, aspirations or tribulations? Or even their surnames. And yet they do. Routinely and wrongly.
Whenever I am unfortunate enough to encounter a T. Williams, two questions always arise between us: if you had been born and brought up as a black person under Ian Smith and the RF, would you have taken up arms against them? If not, why not? I am still waiting for a cogent answer.
Meanwhile, the biggest sinners in our beloved country’s grotesque soap opera remain the people who replaced Ian Smith and promised Zimbabweans the country he always denied them. Perhaps the time will come when I might forgive and forget some of them. But what I will never forgive or forget is the way in which they have given the T Williams of this world the chance to gloat, pontificate and claim “I told you so”.
And seeing black Zimbabweans agree with him is more depressing than any comments section on any website.