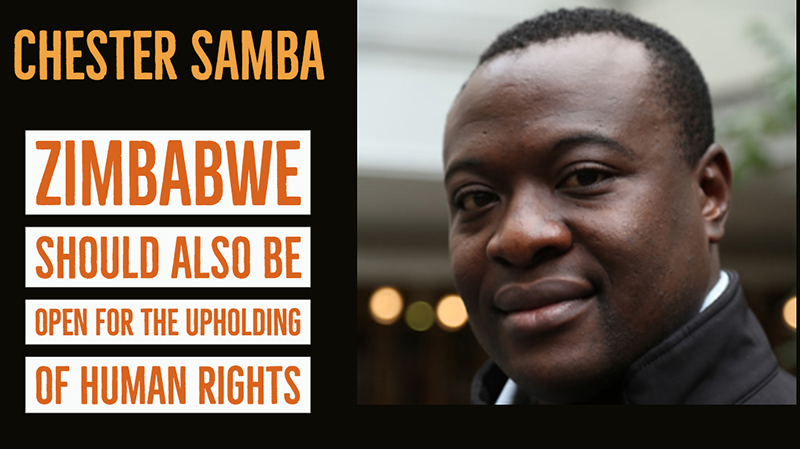 ZIMBABWE is yet to accord all citizens especially minority groups including those of a different sexual orientation their full rights 39 years after independence, the Gays and Lesbians of Zimbabwe (GALZ) has said.

In an interview with newzimbabwe.com to mark Independence Day, GALZ director Chester Samba said his group will continue to push for their full rights.

The lesbians, gays, bisexual and transgender (LGBTI) community has in the past have suffered intolerance and humiliation with at one point former President Robert Mugabe describing them as ‘worse than pigs and dogs’.

“GALZ, notes that a large section of the population still experiences difficulties in enjoying the fruits of this hard-won Independence, that they are entitled to as equal citizens in Zimbabwe,” Samba said.

“We encourage President Emmerson Mnangagwa to strive to create an environment of tolerance and respect among Zimbabweans and that all citizens are treated with dignity and respect.”
Samba called on political leaders to guard against statements that are inflammatory and abate hatred.

“We call on the leadership to desist from making statements and actions likely to promote hate and prejudice. Zimbabwe needs to transition from a period characterised by hate, violence and economic suffering and move towards national healing,” the GALZ director said.

He added: “It is time the Zimbabwean government, reflects seriously on its thinking around human rights for all including those of its LGBTI citizens and speedily implement measures which proactively encourage a culture of meaningful human rights protection in this country.”

Samba said their community applauds the courageous efforts of men and women, past and present that have fought and continue to fight for the total liberation of Zimbabwe.

“But Zimbabwe is in dire need of healing from the wounds of her past and present challenges.

“The current political and social environment does not help to rebuild the confidence of the nation and the world’s towards Zimbabwe returning to peace and stability,” he said.

“Zimbabwe’s political leaders need to provide leadership in overcoming Zimbabwe’s challenges in areas such as violence, unemployment, education and health rather than fostering antipathy and intolerance.”

Samba said GALZ like all other citizens is concerned with the prevailing harsh economic environment that has impacted negatively on Zimbabwean citizenry.

“This situation has affected the Zimbabwean populace’s ability to enjoy fundamental rights and freedoms which are a key tenant of Independence,” he said.