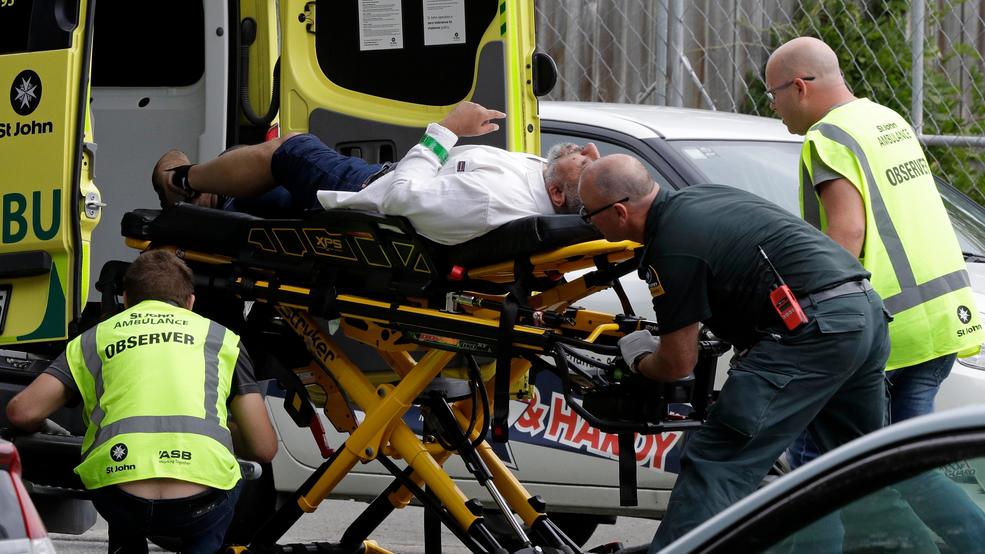 Attacks on two Christchurch mosques left at least 40 dead Friday, with one gunman identified as an Australian extremist — apparently livestreaming the assault that triggered the lockdown of the New Zealand city.

Witnesses spoke of victims being shot at close range, with women and children also believed to be among those killed.

“It is clear that this can now only be described as a terrorist attack,” said Prime Minister Jacinda Ardern, saying it marked “one of New Zealand’s darkest days”.

“From what we know, it does appear to have been well planned,” she said, adding that in addition to the dead another 20 people were seriously injured.

The gunman at one mosque was an Australian-born citizen, Australian Prime Minister Scott Morrison said in Sydney, describing him as “an extremist, right-wing, violent terrorist”.

It was not immediately clear how many attackers were involved, but Ardern said three men had been taken into custody.
Two IEDS (improvised explosive devices) were also found and neutralized by the military, police said.

A Palestinian man who was in one of the mosques said he saw someone being shot in the head.

“I heard three quick shots, then after about 10 seconds it started again. It must have been an automatic — no one could pull a trigger that quick,” the man, who did not wish to be named, told AFP.

“Then people started running out. Some were covered in blood,” he said, adding that he joined the fleeing crowd and managed to escape.

Video and documents circulating online  but not officially confirmed  suggested the shooter had streamed his attack on Facebook Live.

AFP has examined the footage, which has subsequently been taken down. Journalists experienced in verification techniques said it appeared to be genuine.

New Zealand police described it as “extremely distressing” and urged web users not to share it.

Police, who initially imposed a city-wide lockdown, sent armed officers to a number of scenes.