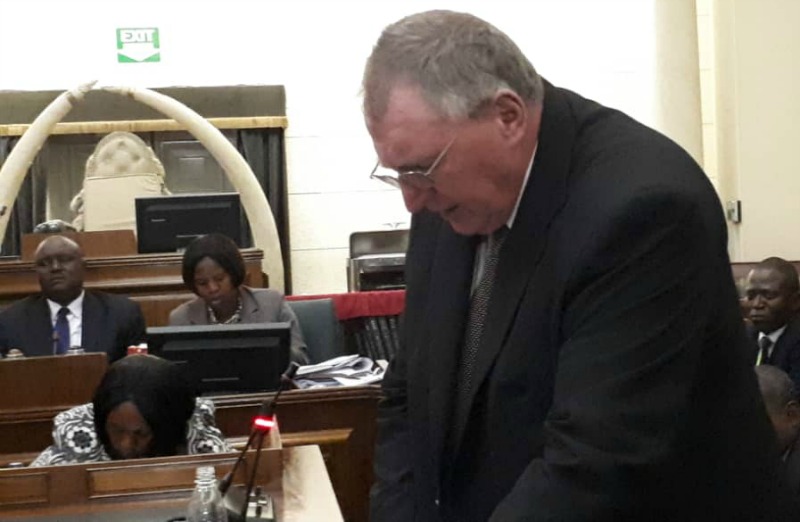 This is after he took to the witness stand before Parliament’s Privileges Committee in a matter involving corruption allegations against four MPs.

During cross examination by Mliswa’s lawyer Tawanda Zhuwarara, Goddard told the committee that the former Zanu PF politician was never part of the MPs who solicited for the $400 000 bribe in order to allow him to invest at the coal mine.

However, the businessman implicated Gokwe-Kabuyuni MP Leonard Chikomba and one Shepherd Tundiya, a contractor with Hwange Colliery as the ones who asked for “something”.

According to Goddard, “Mliswa did not offer me a contract or discuss any contractual agreement with me” but only said Justice Minister Ziyambi Ziyambi would be requested to hold a meeting which would assess the Hwange situation.

Hwange Colliery is under administration after running into losses for a number of years.

Goddard implicated Chikomba whom he reported as having written on a piece of paper the $400 000 figure and his account number before asking for a $200 000 down payment.

“I do not speak Shona but, I overheard them (Chikomba and Tundiya) talk about $400 000. Tundiya said ‘you have lived in Zimbabwe for most part of your life and you know what it means. You need to do something’ and l was shocked and responded, ‘that is a lot of money!’” Goddard said.

Regarding Magwegwe MP, Anele Ndebele, Goddard said that he (Ndebele) discovered that something was going wrong and he immediately decided to withdraw.

“Ndebele told me that he did not want to have anything to do with what was happening and left before we could conclude one of the meetings.

“Tundiya did all the planning of the meetings between the Committee members and me,” said Goddard.

The businessman, who complained of some pain in his leg, added; “Tundiya had presented himself as a state agent from the President’s office and as a well-known person. Everything looked proper, office well maintained; cold water available and welcoming managers. I believed him.”

During questioning by the Privileges Committee members, Tundiya denied being an agent of the State.

“Let me be clear on this one, I am not an agent of the state. Neither am I from the President’s office nor a member of any of the uniformed forces,” Tundiya said.

The MPs, Chikomba, Ndebele and Mliswa are also set to defend themselves.