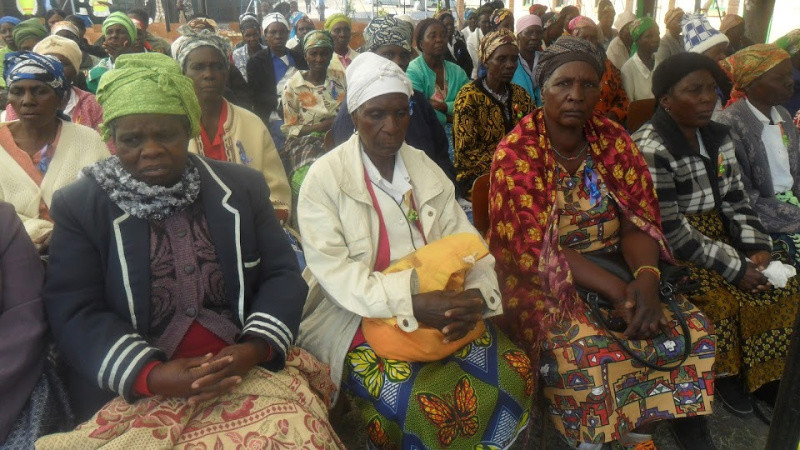 SURVIVING spouses of the 427 coal miners who were killed in the Kamandama Mine disaster in Hwange on 6 June 1972 complain of neglect as no financial assistance was being offered by the Hwange Colliery Company.

On 6 June 1972, shock rocked the country and the world when a total of 427 miners were killed following an underground gas explosion. It remains the deadliest mine accident to date in Zimbabwe’s history and was recorded as the worst mine disaster then.

The miners were drawn from Zimbabwe, South Africa, Zambia, Malawi, and Costa Rica.

However, for surviving spouses in Zimbabwe, life continues to be a challenge for them and this has been compounded now by the recent Covid-19 restrictions that have closed informal trading.

Some of the perished miners’ widows who spoke to NewZimbabwe.com said the deadly Covid-19 had added another burden to their already troubled lives.

“No one has remembered us during this Covid-19 period. I have no one to look after me. Before the lockdown, I was surviving through selling vegetables but now I cannot due to the restrictions,” said 76-year-old Memory Mwembe who lost her husband in the disaster.

She said what pains her most was that her husband died while on national duty yet the government was doing nothing to look into the welfare of the widows.

“Other countries properly look after widows of their heroes like the miners as they recognise that they died while on national duty. We hear the government has been assisting other vulnerable groups with food aid during this COVID-19 period while we suffer in silence as we have been forgotten,” she added.

Another widow now staying in Bulawayo with her daughter said since the death of her husband back in 1972, she has been struggling to make ends meet.

“I relocated from Hwange to Bulawayo 10 years ago after I was evicted from a company house which I had been staying in. I am now staying with my daughter who is also looking after her family.  I am suffering from high blood pressure and I need money to buy medication. I am now a burden to my daughter and her husband,” said the widow who refused to be named for fear of victimisation.

“The company has forgotten us over the past years. Long back the company used to assist us with a bit of money and funeral expenses but not anymore.”

The miners’ widows have since formed the Kamandama Widows Association to fight for their welfare. More than 50 widows are still surviving.