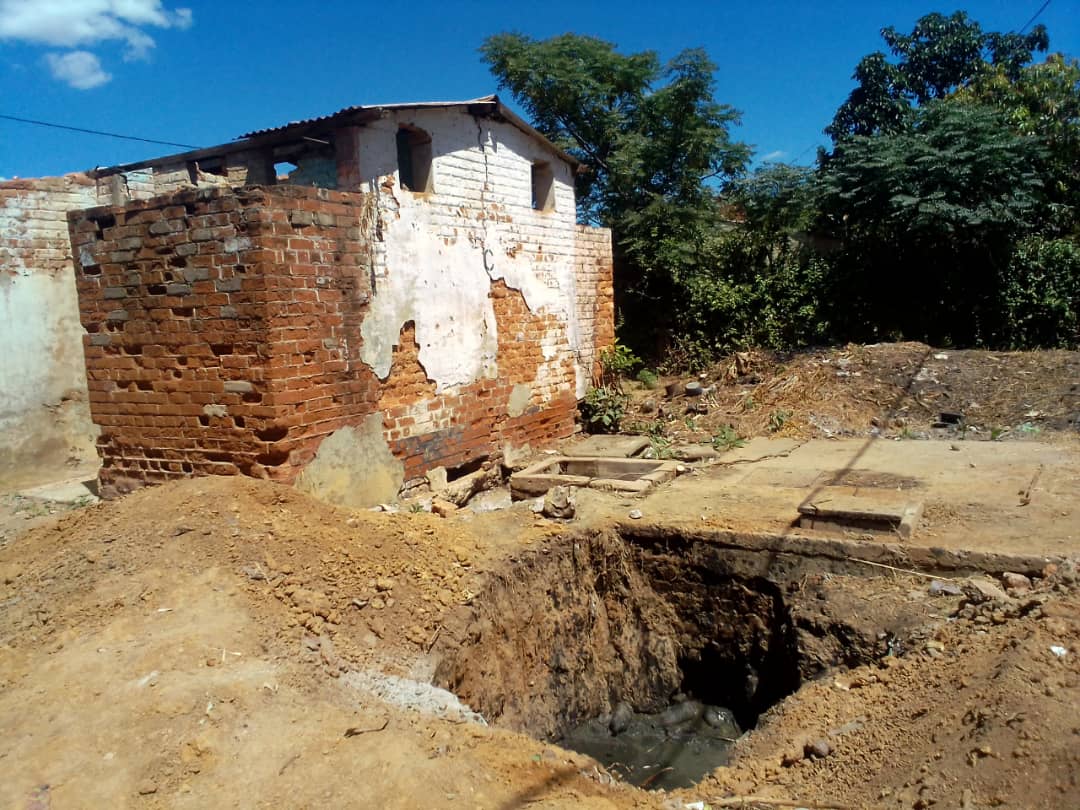 Kadambe alleges dereliction of duty by the Zimbabwe National Water Authority (Zinwa) has resulted in thousands of residents living in squalor.

He said residents risk contracting water-borne diseases such as cholera and typhoid due to the unhygienic conditions they are being subjected to by Zinwa, which superintends over both water and sewer reticulation systems.

He said the ablution facilities were dysfunctional, thereby, exposing multitudes of dwellers to deadly contagious infections as the area has become fertile breeding grounds for disease vectors such as flies.

Said Kadambe, “Zinwa is solely to blame for the inhumane conditions Mhangura residents are living under. The prevailing situation is in sharp contrast to the time when Mhangura Copper Mine managed its water and sewer system.

“The entire system has collapsed and since Zinwa took over from Makonde Rural District Council (RDC) the problems around water and sanitation have worsened.”

A recent visit to Mhangura by NewZimbabwe.com painted a dire state of affairs highlighting infrastructural decay and outright neglect by the responsible authority, particularly in Chebanga high density suburb.

The seven filthy communal toilets, shared by an estimated 5 000 people and situated in the midst of rows of houses, spew of faecal matter and choking smell of urine.

“We are literally surviving by the grace of God,” added Kadambe.

When contacted for comment, Zinwa corporate communications manager, Marjorie Munyonga admitted there was a ticking health time bomb in Chebanga.

“In Chebanga, the authority, in partnership with a partner, is rehabilitating the system. In this area, sewer has been draining into one septic tank that got full, which is the reason why there has been the present challenge of sewer bursts,” said Munyonga.

She added, “On the sewer side, Zinwa is working on introducing individual sewer connections for residents who have been using common toilets and new manholes are also being worked on.”

Mhangura legislator Precious Chinhamo-Masango has come to the rescue and has embarked on construction of Blair toilets to ameliorate the plight of Chebanga residents, who are resorting to unconventional places and systems to relief themselves.

Some families were reportedly practising open defecation while others relieved themselves in buckets which they then emptied indiscriminately.

The local MP is using part of her allocation under the constituency development fund (CDF) to bankroll construction of the toilets which will go a long way in providing decent ablution facilities for the community.

Said Chinhamo-Masango, “This problem of toilets has been going on for almost 10 years. Therefore, after realising the severity of the matter, l engaged relevant authorities and agreed to construct Blair toilets to avert a health disaster.

“I allocated $180 000 from the 2020 CDF disbursements towards the toilets which are being built as a temporary measure while Zinwa and other relevant authorities find a lasting solution to the water and sanitation challenges facing Chebanga residents.”

An adverse Environmental Health Technician’s report dated 4 March 2021 seen by NewZimbabwe.com warns of an impending health catastrophe if the water and sewer situation is not rectified urgently.

Following recommendations by health authorities, MP Chinhamo-Masango says construction of the Blair toilets was a priority in order to avert a disease outbreak with potential to wipe out the entire community.