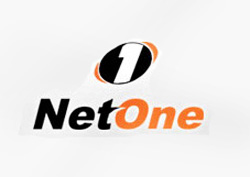 THE Castle Lager Premiership and Net One sealed a three-year sponsorship deal on Wednesday that saw the unveiling of the US$500,000 One Wallet Cup that will kick off Friday in Zvishavane with two matches.
Winners of the competition will receive $80,000, runners up $50,000 while the two semi-finalists will get $30,000 and the teams that get knocked out of the quarterfinals this weekend will take home $20,000.
Two derbies came out from the draw on Wednesday.
Dynamos will clash with Caps United at the National Sports Stadium on Sunday – a repeat of last weekend’s league clash while Highlanders face bogey side How Mine at Ascot Stadium in Gweru.
On Friday, Harare City will face Triangle at noon with FC Platinum taking on Chicken Inn in the second game of the day.
The eight teams in the competition were selected from their 2013 final standings which saw the top four-Dynamos, Highlanders, Harare City and FC Platinum being seeded.
Caps United, How Mine, Chicken Inn and Triangle then went into the hat to determine who will face the top four.
The draw was conducted by the Minister of ICT, Postal and Courier Services Webster Shamu and representatives from the PSL’s other sponsors-the league sponsors Delta Beverages, Mbada Diamonds and BancABC.
The last time Net One sponsored the Charity Shield, Dynamos refused to don the mobile phone operator’s jerseys arguing they would be violating their contract with their sponsors BancABC. Dynamos won the final against Motor Action, but Net One withheld their $50 000 prize money.
Such issues were overcome on Wednesday as jerseys to Dynamos and Highlanders, who are both funded by BancABC, will bear the logo of the regional banking group and One Wallet, a mobile money transfer service.
The same goes for Chicken Inn, Triangle and How Mine who are funded by Chicken Inn, sugar concern Hullets and gold mining concern Metallon Zimbabwe respectively.
DRAW
FRIDAY AT MANDAVA: Harare City vs Triangle United, 1300hrs, FC Platinum vs Chicken Inn 1500hrs,
SATURDAY AT ASCOT: Highlanders vs How Mine 1300hrs
SUNDAY AT NSS: Dynamos vs Caps United 1500hrsAdvertisement