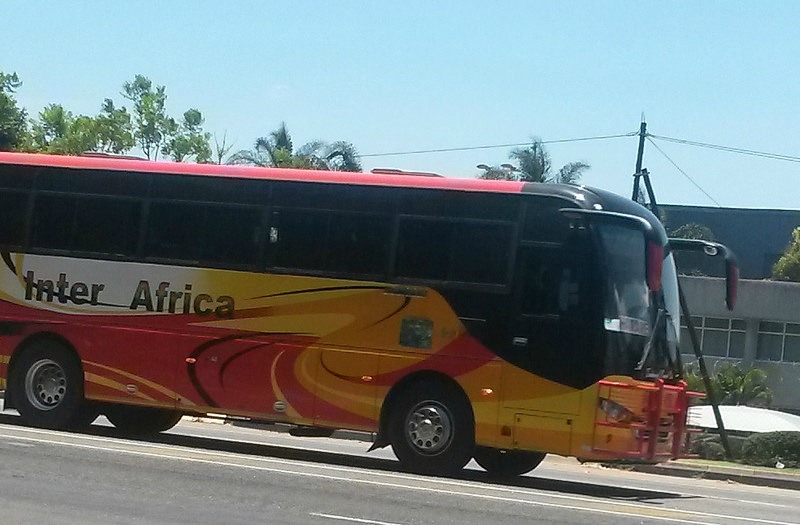 AT LEAST 53 passengers escaped death by a whisker on Thursday, when a speeding Inter Africa bus they were travelling in failed to stop at a police controlled roadblock resulting in the bus veering off the road and landing on its side.

He said the bus was travelling from Bulawayo to Masvingo when the accident happened at the 10km peg along Masvingo-Bulawayo highway.

Sergeant Gwashu said out of the 53 passengers, 2 were admitted at Masvingo Provincial Hospital and were in a stable condition while the rest sustained minor injuries.

They were all treated and discharged.

“The bus was coming from Bulawayo when the driver who was speeding failed to stop at the check point.

“There was a Nissan Navara vehicle which was at the check point and the driver side swiped the vehicle as he tried to manoeuvre the bus to the left side resulting in it veering off the road and overturning,” Sergeant Gwashu said.

He urged motorists to avoid speeding and exercise caution on the country’s highways.

The accident happened a few kilometers from the spot of another fatal road accident involving a commuter omnibus which overturned, killing five people on the spot during New year’s Eve.