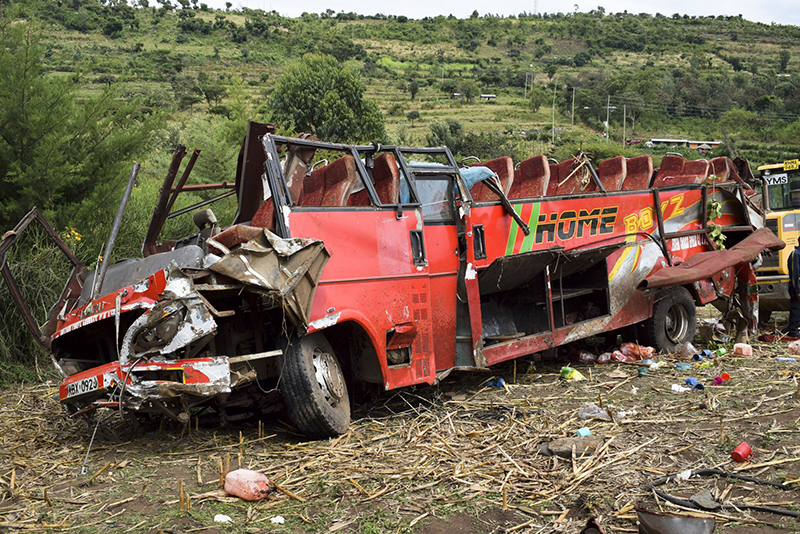 NAIROBI: Fifty-five people were killed when their bus left the road, rolled down a slope and crashed in western Kenya, an official said Wednesday, with the roof of the bus ripped off.

“The information we have is that the driver lost control,” Kericho County police commander James Mugera told The Associated Press.

“I felt the bus swerve from one side to the other and then I found myself in the middle of nowhere,” passenger Joseph Obonyo told the AP.

“There was a body near me and people were being thrown out of the bus, flying out of it like airplanes, and where we were thrown that was it. … I am only able to say that God saved me and I am truly thankful.”

Obonyo was among about 15 survivors, officials said. There was a dire need of blood for transfusions as most needed surgery, Kericho Governor Paul Kiprono Chepkwony said.

The bus had been traveling from the capital, Nairobi, to the western town of Kakamega when the accident occurred around 4 a.m., Rift Valley regional police boss Francis Munyambu said.

Nine children were among the dead, he added.

The bus was not licensed to operate at night and its owners will face charges, regional traffic police boss Zero Arome said. “It is very unfortunate what has happened and action will be taken,” he said.

Kenya has struggled to reduce the rising number of road accidents as more people in the growing middle class acquire vehicles.

According to government statistics, around 3,000 Kenyans die every year in road accidents. In the 2015 Global Status Report on Road Safety, the World Health Organization said Kenyan roads are among the most dangerous in the world, claiming around 29.1 lives per 100,000 people.

In 2013 the government re-introduced breathalyzers but had to remove them again after court orders barred police from charging drivers based on readings from the devices.

In an article for the Elephant online publication in November, commentator Patrick Gathara criticized the government’s “knee-jerk responses such as the banning of night buses, enforcement of speed limits, seat belts and speed governors on public transport vehicles.

“Reactionary legal measures are quickly announced in the aftermath of a particularly horrific crash, with little research, forethought or long-term planning, and just as quickly forgotten,” Gathara wrote. 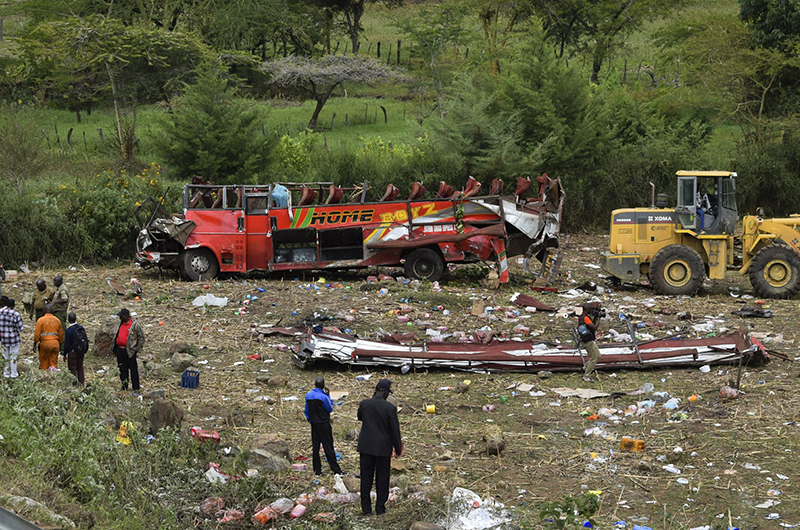 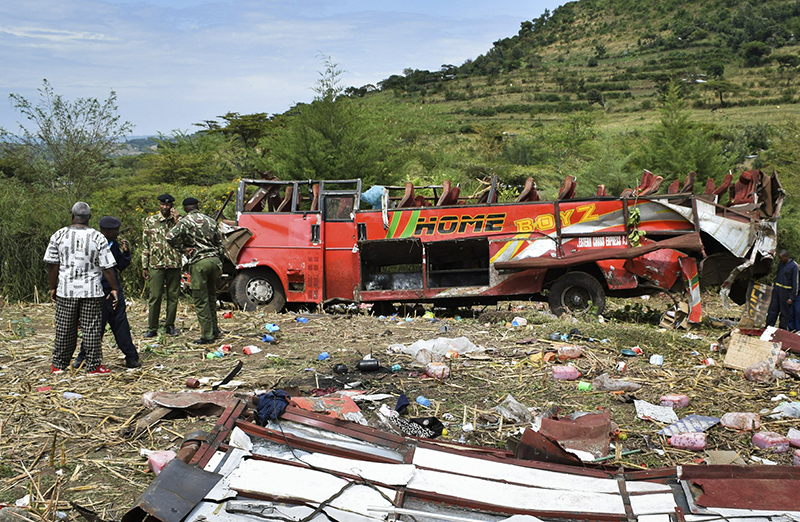