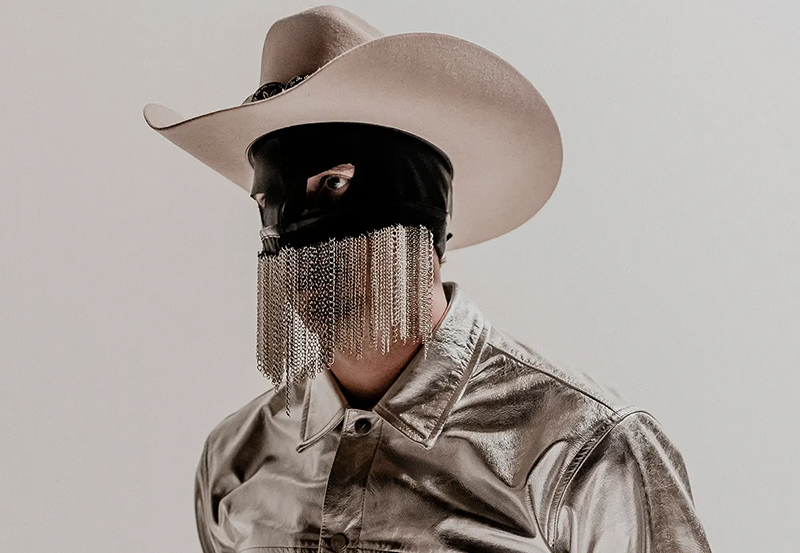 For some, living life in the spotlight comes naturally. For others, not so much.

There are famous people who make an effort to avoid splashing their identities all over the internet.

We look at six musicians/musical groups who choose to hide their identities from the world.

One of South Africa’s hottest up-and-coming artists, burningforestboy, not only keeps his birth name a secret, but his face is always hidden as well.

The Sometimes I Sleep On The Floor hitmaker has never publicly commented on why he often tackles personal subjects through his music.

The enigmatic muso finds creative ways to keep his face hidden, be it with his phone, his hand, smoke or a piece of clothing, such as a scarf. While fans have seen her face before, Sia often performs and attends public events with the top half of her entire face hidden behind the bangs of a wig or an oversized bow.

Per Insider, the Chandelier hitmaker has been concealing her face from the public since her breakout as a solo artist in 2011.

In a 2013 op-ed for Billboard, Sia explained her decision: “If anyone besides famous people knew what it was like to be a famous person, they would never want to be famous.

“Imagine the stereotypical, highly opinionated, completely uninformed mother-in-law character and apply it to every teenager with a computer in the entire world. Then, add in all bored people, as well as people whose job it is to report on celebrities. Then, picture that creature, that force, criticising you for an hour straight once a day, every day, day after day.

“I don’t wear this if there aren’t cameras around. I only wear this to maintain a modicum of privacy,” Sia explained to James Corden during a 2016 Carpool Karaoke segment.

The nine members of Slipknot were able to keep their faces well-hidden for many years, but with the band’s rise in popularity and their unmasked interviews in the 2006 Voliminal: Inside the Nine DVD, Slipknot’s identities were eventually revealed.

The heavy metal band from the ’90s became well-known for the scary masks they wore, and it turns out there’s a special meaning behind their masks of choice.

Slipknot frontman Corey Taylor revealed in a 2014 interview on Corey Taylor Talks that “the mask is a representation of the person on the inside”.

Taylor added that, for this reason, the band’s choice of masks had evolved over the years.

He said: “People like me, Clown (Shawn’ Clown’ Crahan), Sid (Wilson) and a couple of others, we change ours drastically. Because, for me, nobody stays the same over time.” Musical duo Daft Punk are another pair of musos who chose to hide their faces to avoid the idea of celebrityhood or stardom, hoping to place the focus squarely on their music rather than themselves.

In 1993, Guy-Manuel de Homem-Christo and Thomas Bangalter formed the duo in Paris and announced their split in 2021.

“We’re not performers, we’re not models – it would not be enjoyable for humanity to see our features,” De Homem-Christo said when speaking to Rolling Stone about why they chose to conceal their identities.

And, like Slipknot, their choice of face-covering has evolved over the years.

In the ’90s, they used black bin bags to hide their mugs. They later migrated to using Halloween masks before eventually settling on the wondrous helmets.

“One thing I like about the masks is that I don’t have people constantly coming up to me and reminding me what I do,” Bangalter told Far Out magazine. “It’s nice to be able to forget.” Another muso, who simply wants to share his music as opposed to becoming a well-known face, is American electronic music producer and DJ, Marshmello.

The DJ, whose real name is Christopher Comstock, revealed in a 2017 tweet that he doesn’t take his helmet off because he doesn’t “want or need fame”.

“I’m genuinely trying to create something positive for people to connect with,” he wrote.

While Marshmello has successfully kept his face out of the spotlight, multiple celebrities have unmasked themselves as the electronic musician, including Shawn Mendes.

Mendes revealed himself to be the man under the marshmallow-shaped mask at the 2018 iHeartRadio Music Video Awards. South African musician Orville Peck is another star who chooses to hide behind a fringed wig and who has never divulged his true identity.

“I feel like there’s a misconception: People think I’m dressing up and pretending to be someone I’m not,” the country singer told Vulture.

Sharing more about why he wears masks, Peck said: “If I’m not wearing the mask, I feel as if that’s when I kind of get to hide, which is ironic.”

He added that he’s “put on a hoodie and walked around the venues” of his shows with no one realising who it is, calling the ability to do this “wonderful”.

“There’s something kind of wonderful about the anonymity it allows me when I’m not on stage performing.”