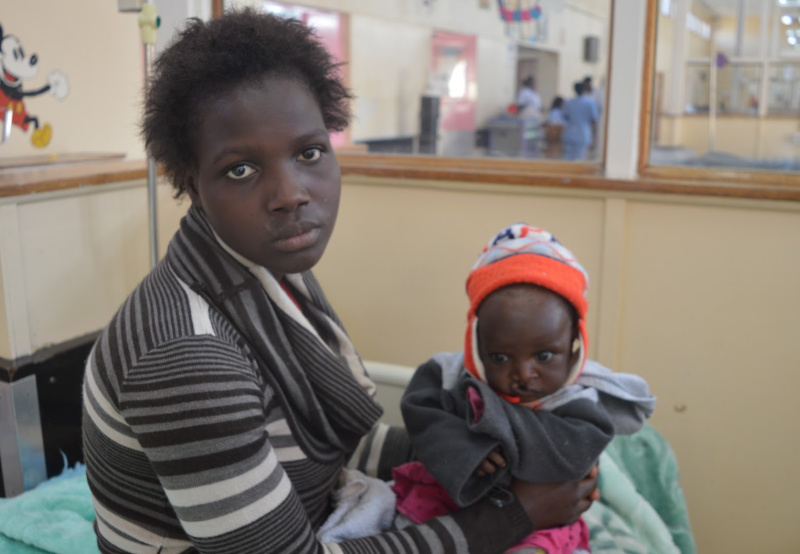 LOVE Without Reasons, a United States-headquartered non-profit making organisation, in partnership with Chitungwiza Central Hospital (CCH) is conducting free cleft lip and cleft palate surgeries and has so far signed up 34 children for the operation.

The organisation’s president for Zimbabwe, Dr Adore Farai Danda said the group is targeting 60 children in its third mission to bring a smile to the children living with the condition.

“So far we have screened 34 children but our aim is to reach 60 children. We are targeting 12 surgeries every day until Saturday.

“The programme is not limited to children in Chitungwiza only but we want to assist children from all over the country,” said Danda in an interview with NewZimbabwe.com.

The team has previously carried out three such programmes in Zimbabwe at Parirenyatwa Hospital with assistance from local doctors and a team from India, Vietnam and United Kingdom.

Danda said the team is working daily from morning to 7pm.

Families interviewed by NewZimbabwe.com said they were delighted to have been afforded a chance to change the lives of their children.

“I can’t wait to see the new face of my baby. I always had faith that her face will be corrected one day and I did not hesitate to come when I received the message,” said Decide Parenyu, 23, of Chipinge who brought her five month old daughter for the operation.

The organisation’s chief executive and founder Santhosh Mathews told NewZimbabwe.com that it was his greatest hope to carry out the initiative in Zimbabwe.

“When my son was born, he had a lot of facial deformities. He had a condition called Godenhar and has had to go through numerous surgeries. At 19, he is still undergoing some reconstruction operations.

“My target is to bring back smiles to families with such children and to assist the children to live a better life,” Mathews said.

Cleft lip and cleft palate are openings or splits in the upper lip, the roof of the mouth (palate) or both.

Cleft lip and cleft palate result when facial structures that are developing in an unborn baby do not close completely. The conditions are among the most common birth defects.

They most commonly occur as isolated birth defects and according to Danda, the causes are not known. However, some doctors say the condition is genetic.

Danda said it costs about US$4 000 to have the surgery done at private surgeries in Zimbabwe.