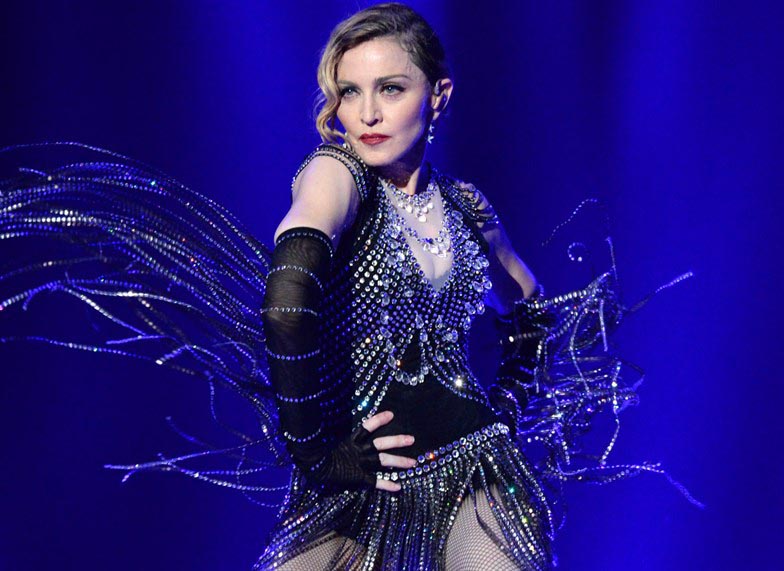 Madonna remains one of the most controversial artists of all time, with the Material Girl refusing to hold back with age from the unbridled sexuality that helped make her a superstar.

With Madonna turning 60 on Thursday, here is a look back at some of her more scandalous moments:

When MTV threw its first Video Music Awards in 1984, the young network quickly shattered the staid formula of established shows such as the Grammys and Oscars with a sensational performance by Madonna.

The pop star emerged from a five-meter (16-foot) cake to sing “Like a Virgin” in a wedding gown and a belt buckle that said “boy toy,” rolling about on the floor to reveal her undergarments.

Her reputation was sealed — and she repeatedly turned to music videos to cause a sensation.

Debuting the title track off her fourth album “Like a Prayer” in 1989, Madonna could barely have hoped for a bigger audience, with Pepsi teasing the video in a commercial broadcast around the world, including during “The Cosby Show,” one of the most popular shows on television.

The video itself, debuting on MTV, stunned viewers with its incorporation of sex with religious iconography. Addressing interracial romance, a topic then still controversial in parts of the United States, Madonna makes love to the statue of a black saint and dances in front of burning crosses, the symbol of the racist Ku Klux Klan.

The Vatican protested and religious groups threatened to boycott Pepsi, which bowed to pressure and canceled its advertising campaign with Madonna.

Too hot for MTV

A year later, Madonna became too controversial even for MTV, which banned her video for “Justify My Love.”

Shot by the French fashion photographer Jean-Baptiste Mondino in a stylized black-and-white that evoked 1950s cinema, “Justify My Love” depicts bondage and other kinky sex in a hotel, with the actors later saying that the lines between performance and reality were blurred during filming.

Cashing in on the controversy, Madonna released “Justify My Love” as the top-selling ever video-single, a format that has vanished in the age of YouTube.

Madonna’s antics were not only on camera. She injected a new sensationalism to her tours, several of which have grossed her more than $100 million.

Her “Blond Ambition” tour in 1990 took on a revolutionary feel with its celebration of sex and, through the dancers, homosexuality — which was much less widely accepted at the time.

The “Blond Ambition” tour also gave birth to one of Madonna’s enduring fashion statements — the pointed cone bra worn on the outside, designed by Jean Paul Gaultier.

Even some fans of Madonna thought she had gone too far in 1992 with a coffee-table book simply entitled “Sex” that featured her posing in made-to-shock positions, including sexually straddling a dog.

The book became a bestseller but overshadowed the simultaneous release of her comparatively subdued album “Erotica.”

Madonna has insisted that she has no regrets over the book and “Sex” has gradually won over some fans, who say she was at the forefront of the new proliferation of pornography.

Madonna (L) and Drake kiss onstage at Coachella in 2015

Madonna has in recent years become a musical elder — one still able to generate headlines.

Madonna made a surprise appearance in 2015 at the Coachella festival, where she again provoked shock by giving a wet kiss to headliner Drake.