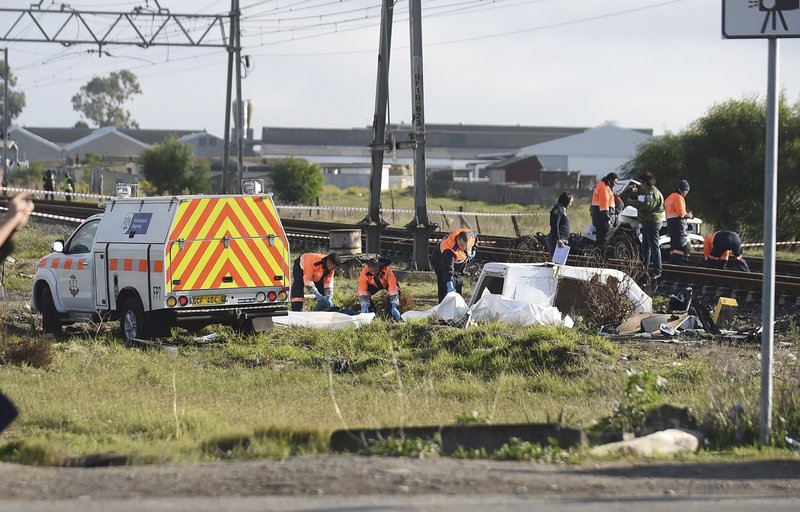 JOHANNESBURG: A train in South Africa has struck a vehicle at a railway crossing, killing seven men in the same place where 10 children died in a similar accident in 2010.

Authorities are investigating the cause of the collision on Friday at the Buttskop crossing in Cape Town, site of a memorial to the victims of the 2010 crash.

South African media say the victims in Friday’s accident were workers in the pickup truck that was on the railway tracks. Photographs from the scene show their crumpled vehicle.

The driver of the vehicle in the 2010 case was sentenced to eight years in prison for manslaughter.