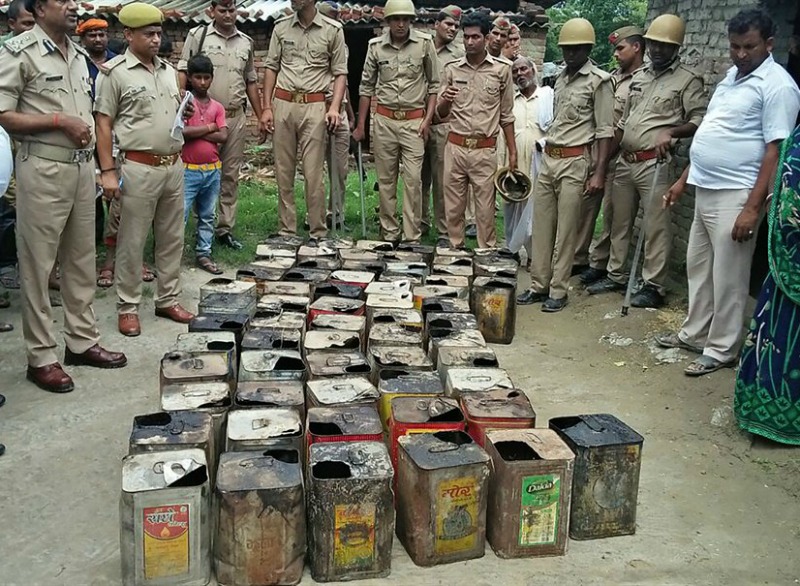 At least 72 people have died and several others fallen sick from drinking illegally-brewed liquor containing toxic methanol in several villages in the northern India, officials said.

At least 64 deaths were reported on Saturday from Saharanpur and Haridwar – adjoining districts of Uttar Pradesh and Uttarakhand states respectively – after drinking the poisonous liquor.

The majority of the deaths were reported from the village of Balpur in Uttarakhand. Authorities launched a crackdown and suspended police and officials.

In Saharanpur district, the death toll climbed from 16 to 36, top administrative official Alok Pandey told dpa by phone on Saturday.

The villagers had consumed the tainted liquor suspected of being laced with methanol on Thursday.

In the adjoining Haridwar district, the death toll had risen to 28 from 12 on Friday, Indian broadcaster NDTV reported.

Twenty-two people were admitted to hospitals in Saharanpur but were in stable condition, Pandey said.

The Saharanpur police, suspecting that the alcohol may have come from the same source, arrested 30 people, many of them bootleggers. They seized hundreds of litres of tainted liquor in raids.

Authorities in the region also suspended over 30 officials, including 10 policemen, on charges of negligence or collusion in the illicit trade.

They vowed to take strict action against the accused, saying they would demand death penalty for those involved in the illicit trade once the case reaches the court.

Later on Saturday, authorities in both states announced a compensation of 200 000 rupees ($2 800) each to the relatives of those killed.

Deaths from illegally brewed alcohol are common in India because the poor cannot afford licensed brands. Illicit liquor is cheap and often spiked with chemicals such as pesticides to increase potency.

An average of 1 000 people die in India every year after consuming illegally brewed alcohol, according to the National Crime Records Bureau.

The liquor is usually made with poor-quality ingredients and sometimes mixed with industrial alcohol and toxic substances. Deaths as a result of consuming such alcohol are in the headlines regularly.