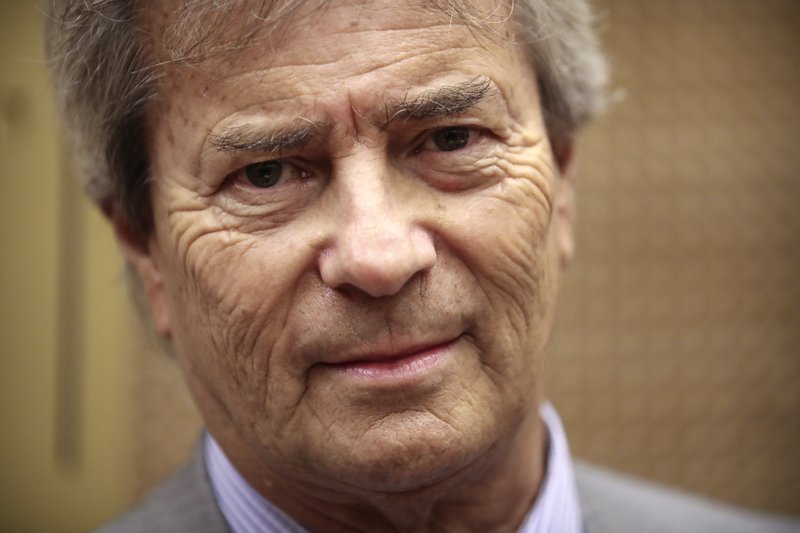 PARIS: Billionaire French industrialist Vincent Bollore was charged Wednesday as part of a probe into allegations his company helped two African leaders win elections in return for lucrative contracts, after two days of questioning by police.

The 66-year-old head of the Bollore Group was taken into custody Tuesday in the Paris suburb of Nanterre after authorities launched an investigation into how its African logistics subsidiary secured contracts to run Lome port in Togo and Conakry port in Guinea.

Prosecutors are looking at whether Bollore Group’s communications arm, Havas, undercharged Guinean President Alpha Conde and Togolese President Faure Gnassingbe for work on their campaigns as a sweetener for the contracts, Le Monde newspaper reported.

After questioning, Bollore and two senior executives — group chief executive Gilles Alix, and the head of the international division of Havas, Jean-Philippe Dorent — were presented to magistrates.

A spokesman confirmed that the tycoon had been charged as part of the investigation. A judicial source said he had been charged with bribing a foreign national, breach of trust and forgery and use of fake documents.

“Vincent Bollore, who remains presumed innocent, will finally now be able to access this file and respond to the allegations against him,” the spokesman said in a statement.

Bollore, one of France’s most powerful businessmen, was allowed to leave court once the hearing finished.

He sits at the head of a tentacular empire with revenues of 18.3 billion euros ($22.4 billion) in 2017 and interests in everything from construction and logistics to media, advertising and agriculture.

The group is heavily invested in Africa, where it operates 10 container ports and has stakes in several others, as well as three railway concessions and interests in palm oil production.

The company has insisted that it won the port tenders on the basis of its expertise and more than two billion euros of investment in Africa over the past eight years.

“Attempting to link the attribution of a port concession with communication services” was “a great misunderstanding of this economic sector and economic activity in general,” it said in a statement.

Havas worked on the campaign that brought Alpha Conde to power in Guinea in 2010, as the country’s first freely elected president.

Months after taking office, Conde summarily terminated the contract of Conakry’s port operator — a subsidiary of French shipping company Necotrans — and gave it to rival Bollore.

Opposition leader Cellou Dalein Diallo, who has lost two elections to Conde, told AFP that the decision had “surprised many.”

“It is due to the ongoing inquiry in France that Guineans discover the true motive of this unjust and illegal move taken by Alpha Conde in the wake of his taking power,” he said.

A French court in 2013 ordered the Bollore Group to pay Necotrans two million euros in compensation, but Bollore took over the company shortly afterwards.

Havas also worked on the communications strategy of Togo’s Gnassingbe, who succeeded his father Gnassingbe Eyadema upon his death in 2005.

After Gnassingbe’s re-election to a second term in 2010, the Bollore Group won the 35-year Lome port contract — a decision also challenged by a rival.

The French investigation was triggered by a complaint from a former Bollore associate, Jacques Dupuydauby, who is appealing a Spanish jail sentence for misappropriation of company assets.

In 2016, police searched Bollore Group’s headquarters in the Paris suburb of Puteaux.

The probe is one of several in recent years over the dealings of French groups in former African colonies.

Others to have been investigated include oil company Elf Aquitaine, now part of Total, which the French state was accused of using to funnel millions in bribes to African leaders in the 1990s, and nuclear giant Areva, which is under scrutiny over a controversial uranium deal in Niger.

Bollore’s empire began life in 1822 as a family-run manufacturer of paper for cigarettes and Bibles.

He revived its flagging fortunes after taking the helm in the early 1980s and embarked on a blitz of acquisitions, earning a reputation as a formidable businessman.

The group owns a majority stake in telecom conglomerate Vivendi, owner of the Canal+ Group which is headed by Vincent Bollore’s son Yannick.