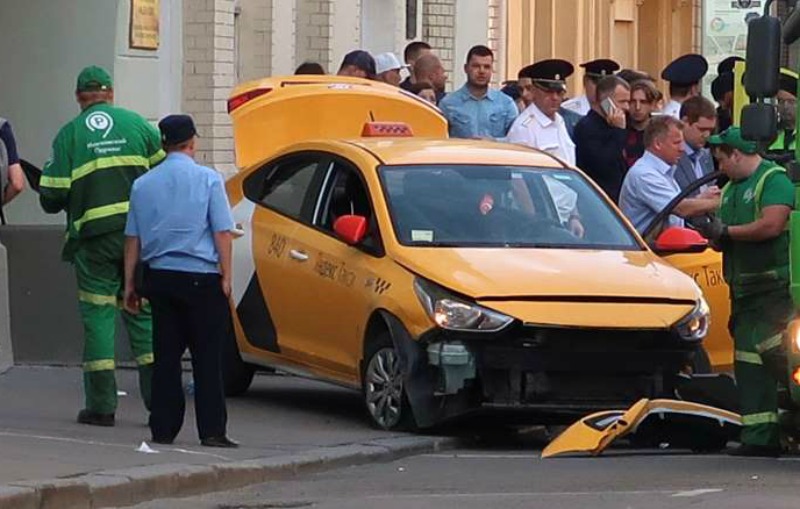 POLICE in Moscow said eight people were injured when a taxi crashed into pedestrians on a sidewalk near Red Square on Saturday. Police said the driver in the crash was detained, and a criminal investigation had been opened.

Preliminary information indicated the driver lost control of the vehicle, and Russia’s state-run Interfax news agency said he was believed to have been drunk at the time, however, Moscow’s traffic authority later disputed that. Interfax later said the taxi driver had fallen asleep at the wheel.

There were no immediate details on the severity of the pedestrians’ injuries.

A witness told the Reuters news agency that some of the wounded appeared to be World Cup fans supporting Mexico, which squares off Saturday against Germany in the World Cup. Moscow is one of 11 Russian cities where tournament games are being played.

Interfax reported that the taxi driver was operating on a drivers’ license from Kyrgyzstan.

The witness who spoke to Reuters said the man tried to flee the scene after the crash but was quickly apprehended.