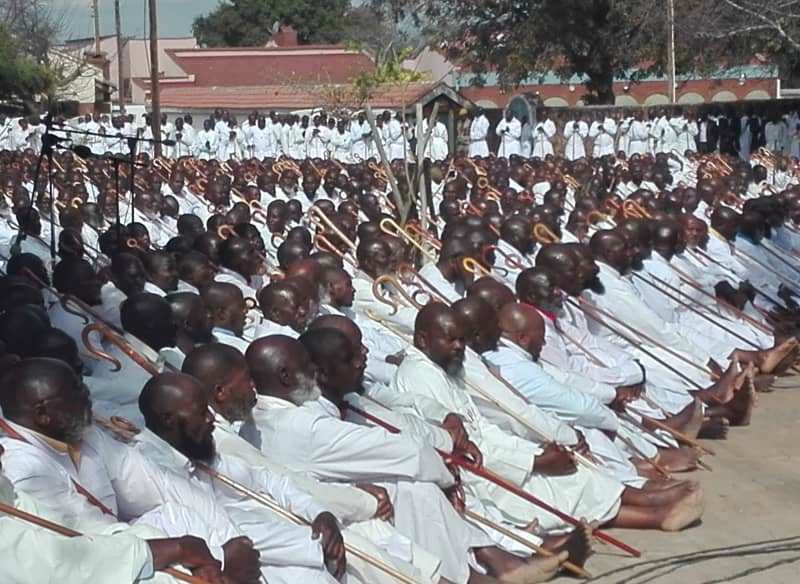 EIGHT prophets from Vadzidzi vaJeso apostolic sect are reported to have drowned Saturday in Mazowe River in Rushinga while trying to retrieve a holy stick in deep water during a ritual to select a new baptist.

Only three of the prophets survived. The deceased have not yet been identified.

Police spokesman Assistant Commissioner Paul Nyathi said he was not yet in a position to comment.

However, Tigere said the provincial civil protection unit was mobilising resources to buy coffins, fuel, and food to assist the bereaved families.

He added the leader of the Vadzidzi vaJeso apostolic sect was on a mission to select a baptist from the prophets gathered and threw a rod into the river before informing the prophets anyone who managed to retrieve it would become the new baptist.

Eleven of the prophets jumped into the river and eight drowned.

One of the witnesses of the sad development said: “Saturday was our last day to gather at church and traditionally we baptise each other before Passover Sunday.

“We went to the river and at around 10 am and stood in a formation as is our norm when we are praying. The prophets stood at the front and we started singing.

“The prophets fell into a trance and jumped into the river and they drowned. The matter was reported to the police and the bodies were taken to Chimhanda Clinic mortuary.”