The 800 000 Econet users are part of one million vulnerable Zimbabweans meant to receive $180 a month from the government for the next three months as part of the State’s response to the COVID-19 pandemic, which has seen millions losing their livelihoods.

Finance Minister Mthuli Ncube recently announced that the government had set aside $600 million for the programme.

However, questions have been raised on how the government had selected the one million vulnerable members amid concerns that most of the beneficiaries are ruling Zanu PF sympathisers.

Matuke said his ministry had received a list of 200 000 beneficiaries from the Ministry of Women’s Affairs, local councils, and informal traders. A further 800 000 was availed through Econet.

“The ministry received a list from the Ministry of Women Affairs, local authorities and informal traders associations. A further 800 000 were identified through the Econet platform. Payment will commence once Treasury authority is granted,” the deputy minister told stakeholders in Bulawayo this week.

However, the deputy minister did not clarify criteria used to select the Econet subscribers.

“The Ministry of Public Service, Labour and Social Welfare has a constitutional mandate to provide social protection services to vulnerable groups including the transitory poor. After the declaration of COVID-19 as a national disaster and subsequent imposition of lockdown measures to contain its spread, the ministry scaled up its social protection programmes,” he said.

The senior government official also admitted that the list of beneficiaries was fraught with people seeking to double-dip from the programme and the Ministry of Social Welfare was checking and cleaning the database.

“You would find one’s name appearing in Mpopoma and again in Tshabalala (Bulawayo suburbs), so we took a bit of time to clean up the list. The list is based on people who are vulnerable and not really politics as people may perceive. If there is any issue like that, we deal with it,” said Matuke.

He said in Bulawayo, a total number of 21 000 people had benefited from the Ministry of Social Welfare’s COVID-19 lockdown social protection mitigation fund.

“We hope to pay more. Now we are working with small towns such as Masvingo, Mutare, and Gweru but Harare and Bulawayo have received quite a substantial amount. Our officers will identify vulnerable people regardless of religion and politics, so once they establish the names, the money is paid,” said Matuke. 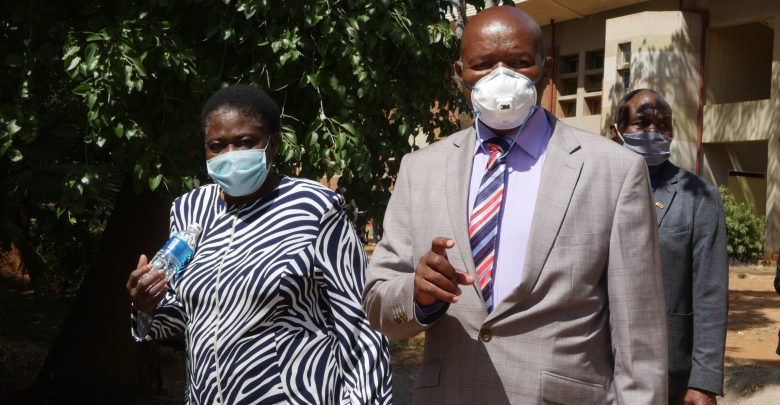